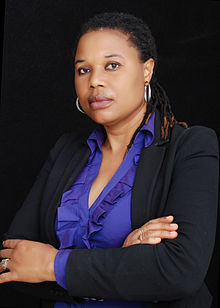 Ayo Ayoola-Amale was born Adebisi Ayo Adekeye in Jos, Nigeria. Her father has an LLB from the University of London and was a career State Security Officer who served Nigeria selflessly as the National Security Adviser, Security Adviser to the Vice President and Director of State Security Service and her mother, a Princess was a businesswoman.

At the early age of Ten, she moved to Northern Nigeria as a result of her father’s official posting, where she grew up in exclusive government reserved area of Kano. Young Ayo loved books and she read voraciously and widely. She was a pupil of St Louis Secondary School, Bompai, Kano. She studied Law at the Obafemi Awolowo University (OAU), and was called to the Bar in 1993. She later attended the University of Lagos, where she earned her first LLM degree. She took the surname Amale when she got married.

Ayo has several local and International certificates in Creative writing and has attended various local, National and international workshops and seminars on creative writing and presentation. She was a Senior Lecturer at Ghana Technology University College, Accra. She was a Senior Lecturer and Head of Department of Law, Faculty of Law, Kings University College, Accra, Ghana.

Ayo has more than 15 years of Legal practice in reputable law firms and over 13 years as a Law lecturer, in Business Law, Commercial Law and Practice, Company Law, Intellectual Property Law, Principles of Law etc., in Nigeria and Ghana.

She has presented papers at various local and international conferences on intellectual property law, Business Law & Commercial Law and practice, Peace Education, Alternative Dispute Resolution (ADR), etc. She was the Legal Advisor of the Ghana Association of Writers (GAW), Accra.

Ayo has touched many lives as an Educator, advocate for positive change and humanitarian. She has put smiles on the downtrodden, the less privileged in the society.

Through her Foundation, she has humanitarian projects known as The Sun Educational Project for Schools, the Light Project for charity and counselling and The Splendours Performance Poetry Team from the basic level to Tertiary level. These projects have greatly impacted on the lives of many children and youths in the society.

She is the Muse of Poetic Harmony in Africa, the Universal Ambassador of Peace. She is the Ambassador of the Love Foundation, UK. She was part of the Love begins with me interview series part 1 & 2. She serves on the Central Advisory Committee of the Existential Harmony & Interdisciplinary Research Project and World Conference 2015.

She is the National Secretary, Coalition of NGOs Associated with UN-DPI Ghana and the Legal Adviser for Ghana Federation of the Disabled, A voluntary service she renders for humanity. She is the Vice-President of Poets of the World (Africa). She is also a member of the National Peace Council (Universal Peace Federation International Ghana Chapter). Currently she serves as the Regional Representative (Accra, Ghana) for the World Mediation Organization.

In 2010, Ayo, founded Splendours of Dawn Poetry Foundation and along with Nigerian Poet and writer, Diego Odoh Okenyodo Co-founded the West Africa Poetry Prize (WAPP) in 2013, of which she is a Director. She was organiser of “100 thousand poets for change” Accra (2013). She was a guest poet at the Kistrech Poetry Festival in Kenya.

Ayo Ayoola-Amale is the author of six volumes of poems and a play and has performed her poetry with music at national and international events. She has presented her work and ideas at universities, conferences, and festivals locally, nationally and internationally. Some of her literary works include Broken Dreams (2011), a play, Life Script, a collection of poems with some published online. She is a Member of the Poets of the World, International Pen, Mbassem Women Writers Forum and FIDA.

In May 2013, Ayo and Splendors Performance Poetry Team were participants at the Yari Yari Ntoaso – Continuing the Dialogue, International Conference in Accra, Ghana.

She is the CEO of Heritage & On the Pathway Series- Every Child’s fables, Poems, Nursery Rhymes and Plays. She has performed, recited her poems at local, national, and international platforms, events/functions and festivals.

• Universal Ambassador for Peace (Award from Universal Peace Federation International)
• 2013 – Awarded the Honourable Global Mediator (World Mediation Organization) Berlin, Germany, in recognition of her selfless service to humanity and her commitment to peace