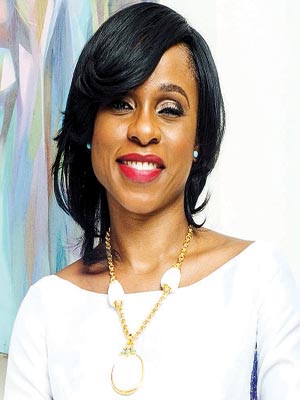 Bolanle Austen-Peters was born on the 4th of February 1969. She is the daughter of Chief Afe Babalola, a Senior Advocate of Nigeria.

Bolanle attended the Command Secondary School Ibadan, the International School Ibadan and the University of Lagos for her undergraduate studies and earned a master’s degree in International Law from the London School of Economics and Political Science.

With the creation of Bolanle Austen-Peters Productions, in 2013, she raised the bar in the theatre industry with the production of SARO the Musical, which received a number of accolades and reviews from international media houses including the BBC and Sky news. and has since produced five additional commissioned plays.

Responding to reviews from the press and theatre experts, in December 2014 and April 2015 BAP productions produced ‘SARO THE MUSICAL’ 2 at the MUSON Centre with even better music, drama and dance. Due to sold out shows and increasing demand locally and internationally, Bolanle Austen-Peters further stimulated interest in Nigerian theatrical production with premiere of Broadway style musical production titled ‘Wakaa The Musical’ from December 30th 2015 to January 3rd 2016 at the MUSON Center, Onikan, Lagos.

BAP Production was ready to move its production to its international audience with ‘WAKAA the Musical’ becoming the first Nigerian Musical to be staged in London’s West End WAKAA! The musical recorded a historic sold out show at the Shaw theatre London from July 21 – 25, 2016. This forward step made even more media outlets reach out for press conferences in 2016.

She worked as a Consultant to the Ford Foundation Lagos and helped raise millions of dollars for the Museum through Arts and Business Council.

With all these achievements, Bolanle Austen Peters sought out to create a safe haven, a space where artistes can discover, create and showcase their works. It was in 2016 that she conceived the plan to build the first ever purpose built private theatre in Nigeria, Terra Kulture Arena. Terra Kulture Arena had its grand opening on the 25th and 26th March of 2017 hosting a total of 1,200 guests in its 400-seats space.

Since then, she had been working on two huge projects, bringing ‘Saro The Musical’ London Edition to Shaw Theatre summer 2017 from August 24th to August 29th 2017 and ‘Fela and the Kalakuta Queens’, which will premiere in December of 201.

She is married to Dr. Adegboyega Austen-Peters, the son of the late Olofin Ijaye of Lagos, with children