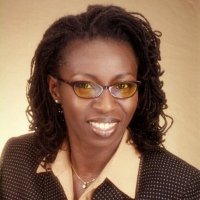 Bunmi O. Awoniyi is a certified family law specialist and a successful attorney who began practicing Law in 1992 (25 years ago). She is among the growing population of influential people of Nigerian extraction in United States.
Judge Awoniyi was born in 1964 and completed all of her education in England.

Her thesis “The Detection and Investigation of Child Abuse” was published. She is a member of the Honorable Society of Lincoln’s Inn and Inner Temple in England and Wales and remains in good standing.

Bunmi Awoniyi was crown prosecutor at the Crown Prosecution Service in London from 1989 to 1990. She was admitted as an Attorney and Counselor of Law in the State of California in 1991.

Bunmi Awoniyi is an active member of both her State and Local Bar Associations. She has served in a number of leadership positions: Past President of the Wiley Manuel Bar Association (Association of African American Attorney’s, Sacramento Chapter); Past Vice President and Sergeant at-arms for the same organization; Elected Member at Large, Sacramento County Bar Association (first term three years 2002-2005, Second term one year 2006), and was also appointed the third (3rd term) which commenced in 2007.

She was appointed judge in the Sacaramento County Superior Court as she brings to the bench 20 years of experience and training across the full spectrum of family law matters.

She filled the vacancy created by the conversion of a court commissioner position on Dec. 3, 2011.