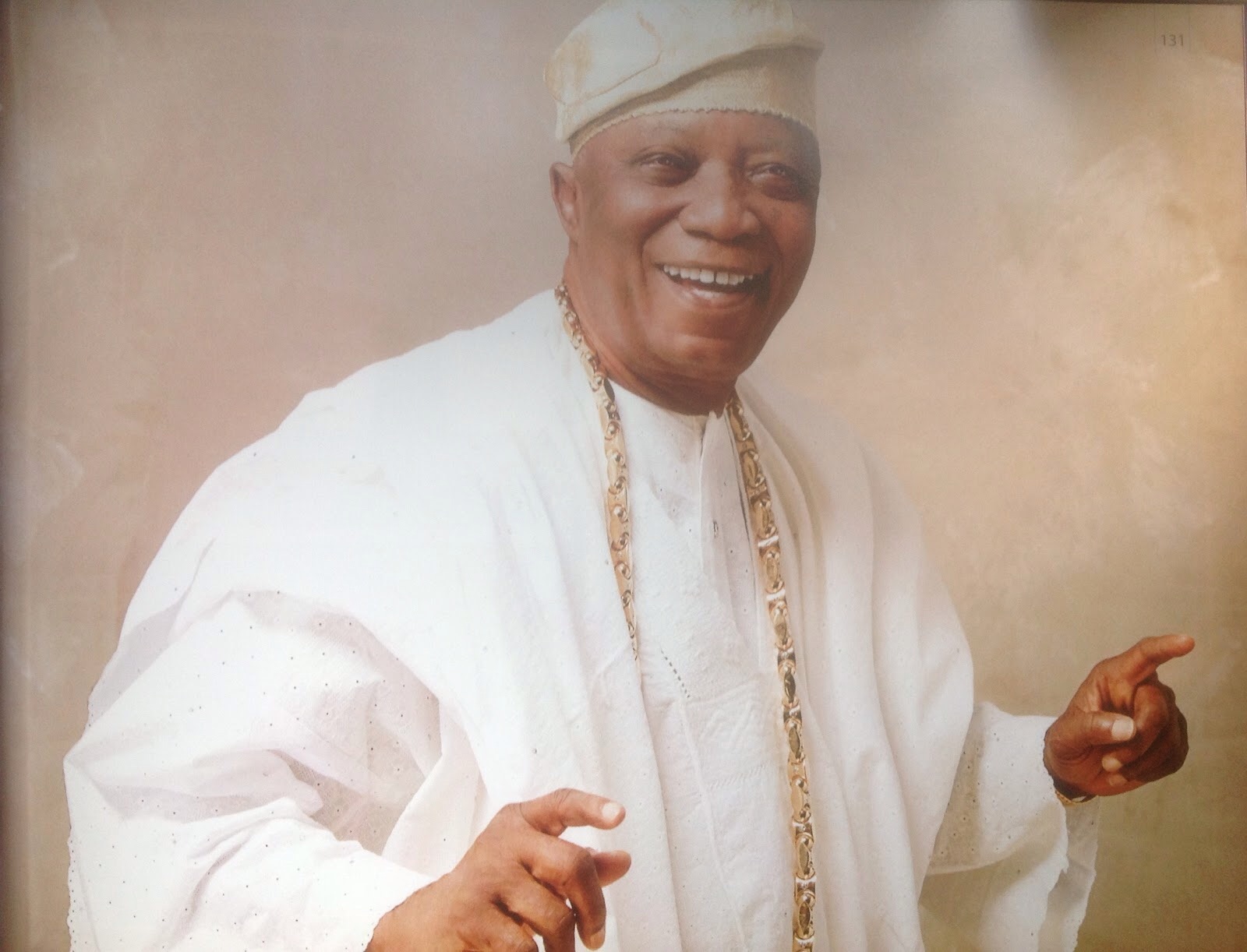 The name Premier Lotto might not immediately ring a bell to the ears of the average Nigerian but the name ‘Baba Ijebu’ does.

Chief Kessington Adebukunola Adebutu, popularly known and referred to as “BABA IJEBU”, is a renowned industrialist, an astute businessman and a philanthropist to the core.
He is the brain behind the “Premier Lotto Limited” (PLL) also known as “Baba Ijebu”, a Gaming Company which was incorporated in 2001. The foundation was established to carry out the Lotto business in Nigeria, while his Foundation “Kessington Adebukola Adebutu Foundation”, caters for the less privileged and also supports hospital patients and their education. His principle that an educated and healthy soul can never be hungry was the drive behind the establishment of the foundation.

Chief Kessington was born in the Defunct Western Region of Nigeria on October 24, 1935. He began his Primary school education in the late 1930s which he completed in 1942; and then proceeded for his secondary School education which he completed in 1955.
Shortly after he completed his secondary school education, he was employed at the Classic Chemical Limited, a pharmaceutical company that produces Andrew’s Liver Salt, Cafenol and amongst other drugs. He rose from the position of a Salesman to the position of a Sales Manager until he left the company in 1963 for his own establishment “Premier lotto”, a business that brought him to limelight.

Chief Kessington partnered with his friend, Chief Solomon Adebayo Ayoku, and worked with him to make the business a great success; with the huge proceeds realised from the pooling business, they diversified into other businesses like agriculture, manufacturing, estate management, entertainment and so on.

Today, the betting game which started with little amount of money has grown fully into a multi-million naira betting business which has helped in transforming the lives of so many, and putting food on the tables of the poor and needy in the society.
The company, today, is being run by a team of seasoned individuals who have well over 40 years of experience in the gaming industry and they have successfully used their wealth of knowledge and experience to develop, sustain and strengthen the business; thus giving rise to one of the biggest lotto businesses practiced in West Africa today.

The philanthropic gestures of Sir Kessington Adebukunola Adebutu to educational institutions are legendary and there for all to see. One can describe him as a believer, a supporter, a cheerleader, a friend, a loyalist and a cheerful giver who is committed to empowerment and giving back to the society
.
Apart from donating buildings and equipment, particularly to educational institutions in Nigeria, the Kessington Adebukunola Adebutu Foundation (KAAF) has also played a significant role in empowering youths round the country. It is important to also point out here (because it is already on record) that in his generosity and vision to immortalise his name, Sir Kesington Adebutu heartily donated a state-of-the-art library to the young Crescent University, Abeokuta in 2009; He donated a N50 million e-library to the Baptist Academy, Obanikoro, Lagos State, and has contributed immensely to the promotion of culture across the country.

As a true philanthropist, Sir Kessington Adebutu does not discriminate in his charitable deeds. He is kind-hearted, socially responsible and he uses his wealth for human capital development
.
His generosity and philanthropy earned him his first ever chieftaincy title “Babalaje of Lagos”, and his subsequent conferment as the “Asoju Oba of Lagos”.

In October 2015, Chief Kessington Adebutu was decorated with a honorary title “Doctor of Business Administration” by the Olabisi Onabanjo Uiniversity (OOU), for his invaluable contribution to the nation’s economy