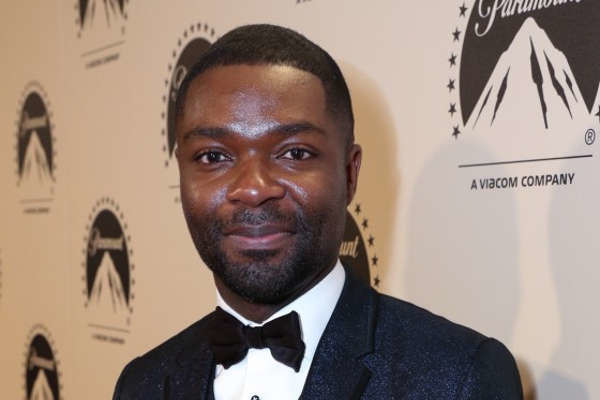 David Oyetokunbo Oyelowo, is an exceptionally talented Actor. His passion and zeal for movie acting has won him several awards.

The Oxford-born Nigerian/British Actor who is a Producer, a Director, and a Writer was born on the 1st of April 1976. He has featured in quite a number of films and has also played supporting roles in a few Drama Series and Movies.

Oyelowo, who has become very successful in his career path studied Theatre Arts at the City and Islington College. He was exceptionally talented and stood out among his peers. The young talented actor yielded to the advice of his teacher in College who suggested that he becomes an actor. Based on this he enrolled for a year in an Art foundation course at the London Academy of Music and Dramatic Art (LAMDA); he also completed another three-year training in 1998 and then spent little time with the National Youth Theatre after which he became a Professional Actor. He began his stage career in 1998 when he acted in Maisie Raine and Brothers & Sisters in 1998; thereafter he was offered a season with the Royal Shakespeare Company playing roles in Ben Jonson’s Volpone, as the title character in Oroonoko (which he also performed in the BBC radio adaptation) and Shakespeare’s Antony and Cleopatra (1999) alongside Guy Henry, Frances de la Tour and Alan Bates.

Oyelowo was the first black actor to play an English king (King Henry VI) in a major production of the Royal Shakespeare Company’s 2001 productions of Shakespeare’s trilogy of plays about the king as a part of its season This England: (The Histories) which he is however best known for as a major landmark for colour-blind casting; although the casting choice was initially criticised by some in the media, his performance was critically acclaimed and later won the 2001 Ian Charleson Award for best performance by an actor under 30 in a classical play. He played MI5 officer Danny Hunter in the British series Spooks (2002–04) on British TV station.

Shortly after the end of his time on Spooks, Oyelowo made a Cameo appearance in the 2005 Christmas special of As Time Goes By. In 2006 he appeared in the TV film Born Equal alongside Nikki Amuka-Bird as a couple fleeing persecution in Nigeria – they also both appeared in Shoot the Messenger (2006), and in The No. 1 Ladies’ Detective Agency (2008) as a husband and wife. Also in the same year, he appeared in Mayo (guest-starring on 30 April 2006) and the TV film Sweet Nothing in My Ear (2008, as defence attorney Leonard Grisham), while he has played recurring or main characters in Five Days (2007), he was the reader for John le Carré’s The Mission Song. AudioFile magazine stated: “Think of David Oyelowo as a single musician playing all the instruments in a symphony. That is essentially what he manages in this inspired performance of John le Carré’s suspense novel…. Can it really have been only one man in the narrator’s recording booth? This virtuoso performance makes that seem impossible.

Oyelowo featured in The Passion (2008, as Joseph of Arimathea). He played the leading role of Gilbert in the BBC TV adaptation of Andrea Levy’s novel Small Island in December 2009, and also played the part of Keme Tobodo in the BBC’s drama series Blood and Oil in March 2010.

Oyelowo acted a supporting role in the films Rise of the Planet of the Apes (2011); he acted in Middle of Nowhere (2012), Lincoln (2012), and garnered praise for portraying Louis Gaines in The Butler (2013);
In 2014, Oyelowo played Martin Luther King, Jr. in the biographical drama film Selma, for which he received a Golden Globe Award nomination for Best Actor (Drama) and provides the voice of Imperial Security Bureau agent Kallus on the animated series Star Wars Rebels. Also in 2014, he starred in the HBO movie Nightingale, for which he won a Critics’ Choice Television Award for Best Actor in a Movie/Miniseries and was nominated for a Primetime Emmy Award for Outstanding Lead Actor in a Miniseries or a Movie.

In 2015, Oyelowo was nominated as the first black man to play the role of James Bond in Trigger Mortis, written by Anthony Horowitz. He is happily married with four (4) kids.