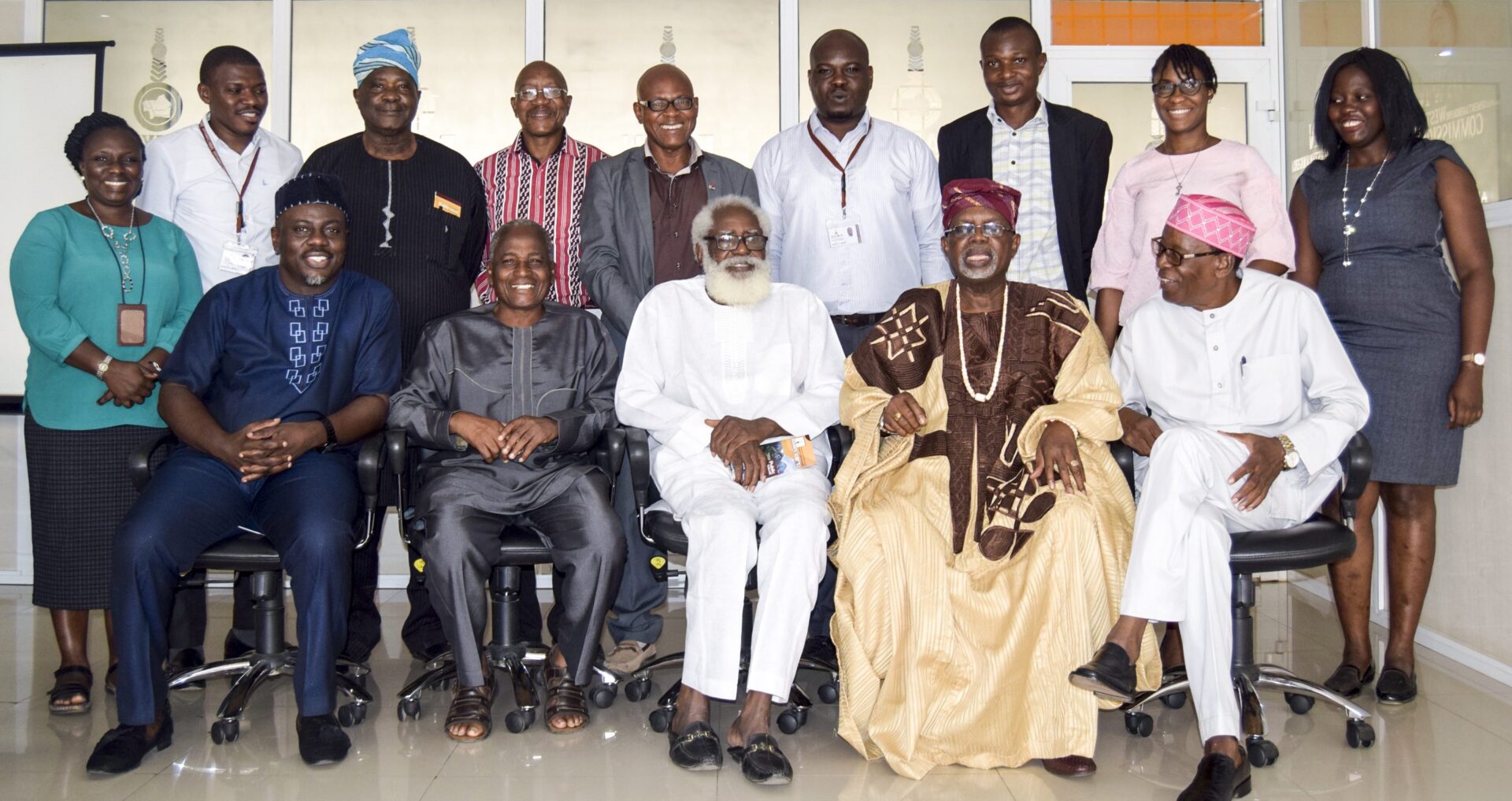 Ambassador Dr. Yemi Farounbi spoke today at the courtesy visit to DAWN Commission alongside his team members under the auspices of ‘Africa First Television Alumni Association’ in preparation towards the 60th Anniversary of the Africa first Television station in October and also to celebrate the commissioning of WNTV on the 31st of October, 1959 by Late Chief Obafemi Awolowo.

He emphasized the need for us as a people to preserve our History. According to him, Western Nigeria is home to many ‘firsts’ which include the establishment of the foremost tertiary institutions in Nigeria namely; The University of Ibadan and the University of Ife (now Obafemi Awolowo University), as well as the first Teaching Hospital in West Africa; The University College Hospital (UCH). The first skyscraper in Nigeria; The Monumental Cocoa House, the first modern Stadium; The Liberty Stadium, the first five-star Hotel; The Premier Hotel, just to mention a few.
The Western Region of Nigeria also boasts of the first Television Station in Africa; The Western Nigeria Television (WNTV), established 60 years ago in October 1959, ahead of many European countries, including France.

Dr. Farounbi said he believes very strongly that the most important aspect of Education is History and this is a strong opportunity to preserve the Yoruba culture; to this effect the Alumni Association would be launching three books on the authentic History of WNTV, reminiscences by older staff of WNTV and 60 years of Broadcasting in Nigeria and a documentary detailing the vision and growth of WNTV.

He further explained that no effort must be spared in ensuring that the History of Yoruba Nation is preserved, noting that time had come to fast track building regional infrastructures, such as the NTA office to promote Regional Integration.

He went on to say that the then President of Nigeria, General Ibrahim Babangida, gave a decree to dissolve the company and instructed that the Governors should not meet under any circumstance.

Finally, he pledged the full support of the DAWN Team to the Association and its set objectives in terms of publicity.