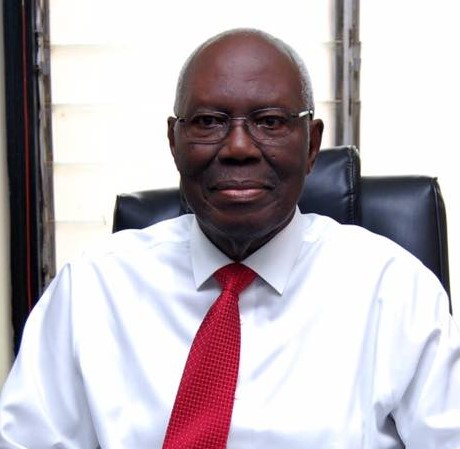 First Professor of Linguistics In Africa

Professor Bamgbose has held several positions of responsibility at the University of Ibadan, including Warden, Hall Master, Head, Department of Linguistics and African Languages; Dean, Faculty of Arts; Chairman, Senate Committee on the General Studies Programme; and Chairman, Senate Publications Committee. On retirement from the University, he was honoured with the title of Professor Emeritus.

His enormous contributions in linguistics and study of Nigerian indigenous languages caught the attention of the Nigerian authority with the award in 1990, of Nigeria National Order of Merit (NNOM), the prestigious and ultimate academic honour in Nigeria. He became the Foundation President of the Nigerian Academy of Letters in 1998. Also in 2010, he was one of the outstanding Nigerian scholars inducted into the Hall of Fame for Letters by the Nigerian Academy for Letters under the auspices of the Nigeria Liquified Natural Gas (NLNG) Ltd. In 2009, he was elected Foundation President of the Assembly of Academicians of the African Academy of Languages (ACALAN). For many years, he was president of St Andrews College Old Students Association. Professor Bamgbose as a well-trained linguist pioneered the study of Yoruba and other Nigerian languages in the Nigerian university system. As an erudite scholar and the first professor of linguistics in Nigeria and Africa, his pioneering work has now so blossomed that Yoruba language is now being studied in many Nigerian and overseas universities at par with languages such as English and French. Numerous first class scholars and books had been produced as a result of the mustard seed sown by Professor Bamgbose in the sixties in the study of Yoruba language.

Despite Professor Bamgbose’s prodigious contribution in the academic field, it is gratifying to note that his voice is never muted when injustice is perpetrated in our country. A good example of this was shown during the controversial 1979 presidential election in the country with its infamous 12 2/3rd mathematical calculation. At this tense period in our country, Bamgbose was always on the television to tell Nigerians, that the use of 12 2/3rd formula to determine the winner of that election was not only fraudulent but immoral. He told the powers-that-be then, that the winner of the election should be determined by the Electoral College and not by any dubious mathematical calculations. This was a courageous stand because it ran against the wishes of the biased military government of that time.

His contributions to academic development in Nigeria are very intimidating. He is certainly a man of many sterling parts. Apart from being the first professor of linguistics in Nigeria and Africa, he was the first African linguist to be conferred with honorary membership of Linguist Society of America in 1984.

Professor Bamgbose is no doubt an academic legend who is a pride to the Yoruba people and the world in general.