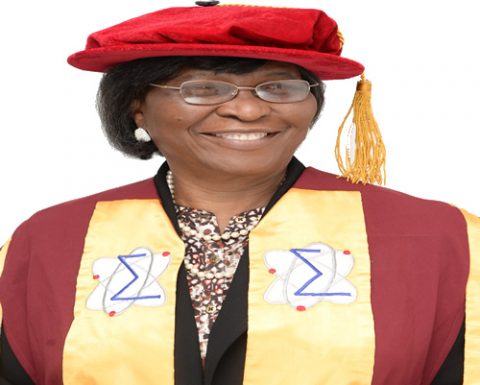 A Woman who charted the path for female engineers

Engineer Joanna Olutunmbi Maduka is a rare personality, noted for her distinguished and unique accomplishments and track record. It is a testament of facts that she is the first to attain several feats among the female gender of Nigerian engineers. In a profession widely regarded as difficult and too complex for women, and for effect, many men even fear to thread given its link to mathematics, Maduka, is one of the first women to break the jinx and untied the “Gordian Knots” of engineering. Today, Maduka, holds the record as the first female engineer in Nigeria to attain several feats among her peers. This unique lady with a Midas touch, has contributed immensely to the growth of the country, especially in the energy sector.

She was born in Ilesa, Osun State on May 6th, 1941 to the family of Late Daniel Dada and Olufunmilayo Layinka. She attended Otapete Methodist Primary School for her primary schooling and Queens School, Ede, from where she passed the West African School Certificate in 1959. She gained admission to the Nigerian College of Arts, Science and Technology, Ibadan and passed her Advanced Level Examinations in 1962. Thereafter, she was admitted to the University of Ife where she graduated in Applied Physics with Second Class Upper Division in 1965.  She went on to pass the Graduateship Examination of the IEE (UK) in 1966 and earned M.Sc. (Engineering) degree from Trinity College, Dublin in 1969.

She was appointed as a Graduate Apprentice in the Engineering Division of Western Nigeria Broadcasting Corporation, Ibadan (1965-1966); a Lecturer in Applied Physics at the University of Ife and later promoted Lecturer, (1966-1970). She joined a firm of consulting Engineers, Leccom Associates in 1970 and became the Principal Partner in 1975. She founded Friends of the Environment (FOTE) in 1993 with objectives in the areas of renewable energy, waste management and empowerment of women. FOTE is the Nigerian focal point of ENERGIA, an international network of women in sustainable energy based in the Netherlands. FOTE has carried out different activities and research relating to mainstreaming gender in energy issues from 1993 to date. The Association of Professional Women Engineers of Nigeria (APWEN) which is a Division of the Nigerian Society of Engineers, was formed by a handful of Women Engineers led by Engineer Maduka in 1982 and was formally inaugurated in 1983. It was originally meant to be a pressure group since most men hiring Engineers then would rather have women in the kitchen and not on construction sites or behind the desk carrying out engineering designs. Engineer Maduka was also the first President of APWEN. The group has been responsible for fostering many activities aimed at encouraging girls into the study of Science, Technology, Engineering and Mathematics and giving support to women pursuing engineering courses in higher institutions across the country, including helping them to thrive in their work place.

She has through her influence at APWEN, been encouraging girl-child study STEM, especially with her flagship, ‘Take a Girl to Work’ scheme. Under this programme a girl is allowed to accompany a female engineer to work to expose her to the work the engineer does. This generous feat has been a success since the startup of the organization in 1982 when she founded it.

She has held coveted positions in the Engineering industry and her contributions finally drew the attention of the federal government in 2008 to earn her a national award: Member of the Federal Republic, MFR., for her meritorious service to the nation.

She has over the years served on several National and International Boards, Governing Councils of tertiary institutions and Committees including but not limited to: Chairman, Federal Polytechnic, Idah (1980-1984), (1986-1988); Ladoke Akintola University of Technology, Ogbomosho, (1990-1995), Governing Council, Osun State Polytechnic, Iree (2013 to 2019) Implementation Committee for the Commercialization of National Electric Power Authority (1989-1990); Gender Renewable Energy Sources and Development Applications (GRESDA), a programme under the United Nations Development Fund for Women, International Network of Women in Science and Technology (INWES).

She is the First female governing board member of the Nigeria National Petroleum Corporation (NNPC). She is also a founding executive member of the Nigerian Liquified Natural Gas Company (NLNG), and was instrumental to the full take-off of the company’s operations in Nigeria. In 2014, she was made the Chairperson of the Power Sector Group, set up by the Lagos Chamber of Commerce and Industry to ensure improvements in the power sector and protect stakeholder interests. Currently, she is on the Committee to give grants to deserving bodies in engineering set up by the UK Royal Academy of Engineering in London.

She identifies with her immediate community as she serves as the current President of the Ijesa Society, a socio-cultural body advancing the rights of the Ijesa populace in South-west Nigeria.

She is happily married to Mr. Vincent Maduka, OFR, the first Director General of the Nigerian Television Authority (NTA) and the union is blessed with four children and many grandchildren.

DAWN Commission celebrates Engineer Joanna Olutunmbi Maduka for her great accomplishments and contributions to the field of engineering, women empowerment in Nigeria and beyond.