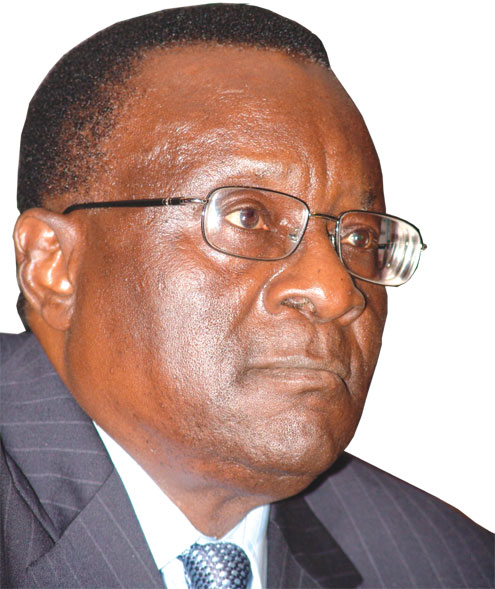 Fawehinmi, popularly called Gani, was born on 22 April 1938, the son of Saheed and Munirat Fawehinmi of Ondo, in Ondo State.

His father, Chief Saheed Tugbobo Fawehinmi, the Seriki Musulumi of Ondo, was a successful timber trader, philanthropist, civic activist and muslim chieftain of the Yoruba people.

He was reported to be a follower of Ajao, who brought Islam to Ondo Town, South Western Nigeria. Chief Saheed Tugbobo Fawehinmi died on 5 February 1963 at the age of 89 years.
Gani\’s grandfather was the late Chief Lisa Alujanu Fawehinmi of Ondo, who engaged in several successful battles for and on behalf of the Ondo people in the nineteenth century. Hence, the appellation the \’Alujanun\’, which means spirit. He died at the age of 92.

Gani had his early education at Ansar-Ud-Deen Primary School, Iyemaja – Ondo from 1947 to 1953 and his secondary school education at Victory College Ikare, a Christian School from 1954 to 1958, under the leadership of the Late Rev. Akinrele where he sat for and passed his West African School Certificate Examination in 1958.
While in college, he was popularly known as \”Nation\” because of his passionate interest in national, legal and political affairs. He was an avid reader of Daily Times and West African Pilot, the most popular newspapers in Nigeria at that time.

He then worked briefly as a law clerk in the High Court of Lagos until 1961. Gani enrolled at the Holborn College of Law- University of London to read law in 1961. While at University, his father died. He completed his academic degree in London with a measure of difficulty due to lack of funds.

This involved doing various menial jobs in London, while in London, he was acquainted with books of revolutionary or radical figures such as Fidel Castro, Winston Churchill, David Ben-Gurion, Ghandhi, Mao Tse Tsung and Karl Marx. He returned to Nigeria in 1964 and was called to the bar the following year. He then worked briefly at the law firm of his brother, Saheed Fawehinmi before branching out on his own.

The Gani Fawehinmi Library was established in April 1965 at No.116 Denton Street, Ebutte-Metta, Lagos, when the founder Chief Ganiyu Oyesola Fawehinmi established his chambers. In 1974, the Library was moved to No. 28 Sabiu Ajose Crescent, Surulere, Lagos. In 1978, the Library moved from Surulere to No. 35 Adeniran Ajao Road, Ajao Estate, Anthony Village, Lagos and between 2009 and 2012,theLibrary moved to its present and permanent site at Gani Fawehinmi Library and Gallery at Otunba Jobi-Fele Way Central Business District (CBD),Alausa, Ikeja. .

The Library started as a small library to service, Gani Fawehinmi, Chambers but progressed to its present status where it occupies three floors on the expansive Nigeria Law Publications Building at Alausa, Ikeja as a Limited liability company having been registered as a corporate organization with the Corporate Affairs Commission (CAC) .

The Gani Fawehinmi Library is reputed to be the largest Private Library in Nigeria.It has a collection of over One Million books and non-book materials on various subject ranging from Law, Politics, Biographies, religion, Social Sciences, Almanacs, Encyclopedia etc. It has an archive with a collection of newspapers and magazines from the early 70s to date. These are Newspapers and Magazines that cannot be found in any other library in Nigeria.
It has a four-hundred bibliographical material on the Founder Chief Gani Fawehinmi (SAN) who in his life-time had a penchant for acquiring books for the development and advancement of mankind, hence the large collection of books and non-book materials. The library has a Gallery.

The Gallery contains all items and materials on the Founder, Chief Gani Fawehinmi SAN which include some of his Law apparels like wig and gown, bags, glasses, files, etc. Also most of his detention materials like the prison uniform (Prisoner J60),the detention bags and cups he used while in various prison and police detention. In short, the Gallery depicts his life and it is the first of its kind in Nigeria.

Gani, as he was fondly called, died in the early hours of 5 September 2009 after a prolonged battle with lung cancer. He was 71 years old. Later he was buried on 15 September 2009 in his home town of Ondo, Nigeria. Gani Fawehinmi died as a disappointed man, because of the state of his country at the time of his death, he refused the highest honour accorded him by his country on his death bed.

In 2008 Mr Gani Fawehinmi rejected one of the highest national honours that can be bestowed on a citizen by the Nigerian government – Order of the Federal Republic (OFR) – in protest of the many years of misrule since Nigeria\’s independence.