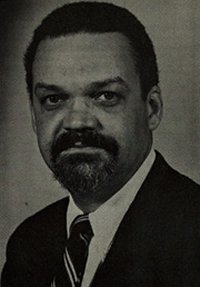 …Meet the man who has published more papers, over two hundred, than any other Black Mathematician.

George Olatokunbo Okikiolu is a great Mathematician of all time. He is vast in functional analysis and has published twice as many papers as any other Black Mathematician in history.

The renowned scholar was born in Aba in 1941, to a Calabar Princess, who was trained as a nurse and a Yoruba Father from Abeokuta in Western Nigeria. After his early education in Lagos and Ibadan respectively, he proceeded to the prestigious Baptist Boys’ High School in Abeokuta for his Secondary School Education.

Okikiolu had desired to be a Medical Doctor, but as fate would have it, he developed interest in Mathematics and the Physical Sciences, which he pursued and subsequently received a Bachelor of Science First-Class honors degree from at the university.

Shortly after his first degree, he accepted a research “assistantship” to write a master’s thesis on real and complex variable analysis. He worked on strong lower densities in measure theory and received a Master of Science degree in 1964.

Okikiolu presented his first paper on Fourier transforms and Hilbert transforms (and fractional integrals) for publication and applied for a number of assistant lectureship positions in various universities.
In 1965, he was offered an appointment at the University of Sussex. At that time, he had his second daughter, Katherine Adebola (now a mathematician!).

After the success of his first paper presentation, Okikiolu embarked on more research papers for publication on extensions of Schur inequalities, inversion relations for fractional integrals, and generalization of Hilbert transforms and Dirichlet-type transforms involving trigonometric functions.

By 1970, he had published twenty-four papers on various topics in integral operators and at the same time, produced his first book titled “Aspects of the Theory of Bounded Integral Operators in Lp Spaces” , which was published by Academic Press in 1971. In the same year, Okikiolu received his Doctorate of Science degree.

He got several appointments for various positions including a professorial position at the University of East Anglia in Britain, but the early notification was not confirmed, and in subsequent years, he got tired and uncomfortable, which led to his early retirement from university appointments.

In 1974, Okikiolu began his personal inventions. He invented a proton extractor, electrochemical oscillator, and magnetic-wave generator, which according to him were not very promising for commercial development.

By 1975, Okikiolu had published twenty-five United Kingdom patent specifications. As well as some forms of industrial developments, productions relating to his inventive projects have been limited by financial considerations.

In 1990, he published more of his books, particularly, “Completing the Magic Square of Even Order and Special Integral Operators, Vol. 1 and Vol. 2”. He published two regular periodicals, Bulletin of Inventions and Summary of Patent Specifications and Bulletin of Mathematics since 1981.