INTERVIEW: How Amotekun will be Funded — DAWN Commission 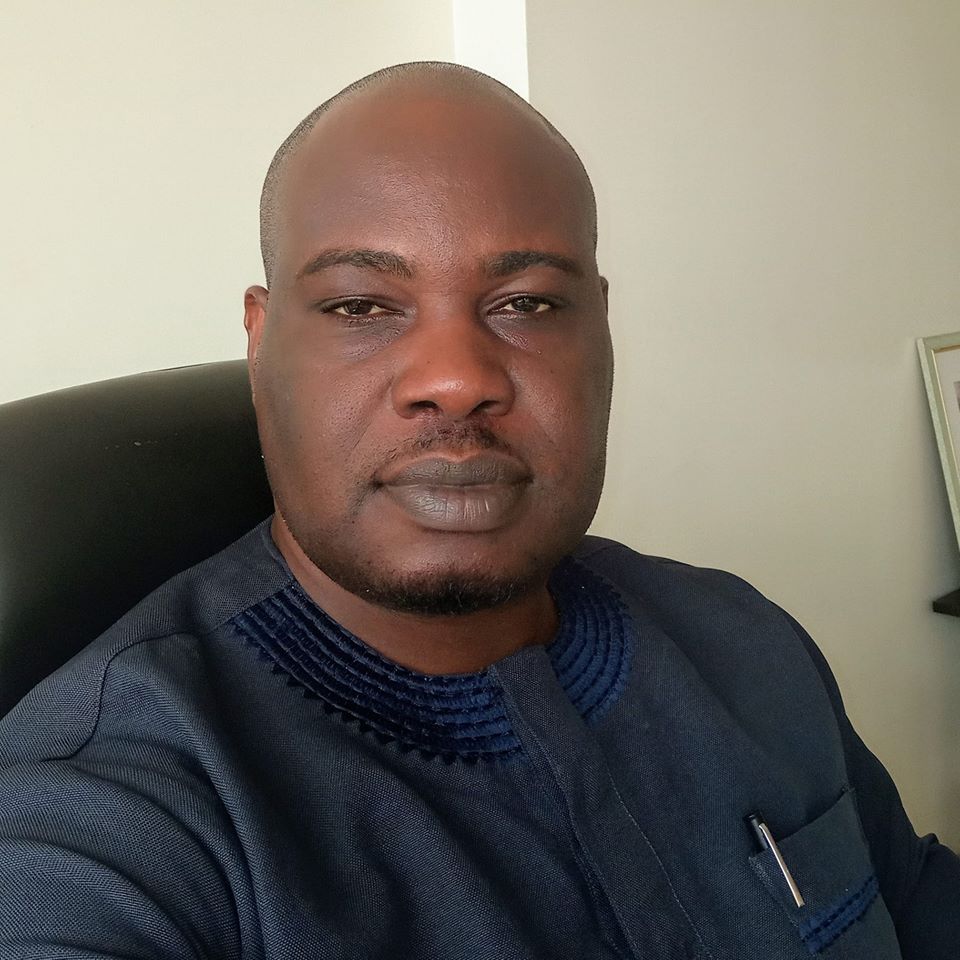 Adetayo Adeleke-Adedoyin is the Head of Special Projects at the Development Agenda for Western Nigeria, also known as the DAWN Commission. The commission played an integral role in the formation of the South-west regional security outfit recently launched. The commission is also the coordinating agency at the regional level.

In this interview, he spoke to PREMIUM TIMES on the specific roles of the commission in the midst of the controversies that attended the launching on January 9.

We would like to know whether things have been put on hold following the misgivings over Amotekun?

There was a launch, and after the launch, we are still putting together all the structures before the vehicles are deployed on the roads.

There is no delay; we are working according to the timelines. It is not as if anything is on hold. You can hear from the governors themselves. It has not been stopped; it is not going to be stopped. They have not gotten any official notification that Amotekun should be stopped, so we are still trying to put all the central parts of the framework together.

The vehicles are already there, that has been seen, the different framework is being put together and it is still ongoing.

Have recruitment and deployment commenced?

This is about localising policing. If the DAWN Commission is doing that, then we are departing from the objective not to do something that is too centralised.

So each state is recruiting people from the local areas, such areas that have the local capacity to support the security agencies. So it’s not something that is being done centrally. The states are doing the recruitment by themselves.

You talked about timelines. What stage of the process is it now?

Right now it is ‘actioning’ the soon-to-be-completed SOP. The framework has been developed, but the standard operating procedure (SOP) which will inform the guidelines on how they will actually operate is what is being finalised now.

It is a living document, it is being upgraded, it’s been reviewed, but it would soon be out and once that is out, I think we are set to sail.

Do you already have a template for the funding of Amotekun?

As you know most of these states have security trust funds. They have been raising funds. Some for the last couple of years, like Ogun State did. Ekiti has a security trust fund, Oyo State has, of course, Lagos has. Lagos has its own. It’s been on for a while now.

Apart from that, funding for the personnel is going to be the responsibility of the states they are domiciled in. It is not like a central funding thing. Amotekun personnel would be funded by their own states. It is based on states’ peculiarities.

For instance, Lagos may decide to pay a little bit more than Osun, but at least there would be a sort of minimal level. Things like insurance and stuff like that are also being looked at. Some of the personnel will not be full time employees.

We will have the ones we call ‘Iromole’, they ride on bikes that can go into those areas where vehicles cannot reach. It is a network so to speak. We are going to have those on part time. It is going to be intelligence work. Everybody cannot be doing intelligence work full time.

Could you please state in a nutshell, what the commission’s role would be since the outfit will be decentralised?

The commission will mobilise them, the commission would convene them so that they can sit down together and do a little bit of peer learning, quality control and quality assurance and stuff like that.

Of course, because we are also a part of the structure within the South-west region, we also have a set of rules, like the standard operating procedure, templates for enrolment, for recruitment, capacity building and things like that.

How would you allay the fears of many who feel that the outfit will be abused by the governors?

In my own perspective, there are two different sides when it comes to abuse. We have non-indigenes in the South-west region, who feel that the Amotekun might be unleashed against them and we also have those within who feel it might become a militia for the government.

For the first set of people, my answer to them is this: in the height of the so-called kidnappings, ritual killings and other crimes which was about last year, I don’t think there was any community in the South-west that was attacked. There was no minority community or visiting community domiciled within that was attacked by the people.

I don’t think that it happened. So, if it didn’t happen then, why should it happen now when we are trying to build a structure that is going to protect everyone? So there is no cause for alarm.

These are people who already have jobs, they are people working already. Some of them of course, would be brought in full time, but most of them, I can assure you, will probably be on part time because we can’t have everybody doing the intelligence work.

They are not carrying arms, because they are not statutory agencies who are allowed to carry arms. We keep emphasising that fact. They are not going to be armed. The only functions they will be performance will be surveillance, intelligence gathering, reporting of crimes, and things like that.

The vehicles, as you are seeing them, they are symbolic. Already with the vehicles, you can see the amount of noise they have caused. That is the power of symbols. It is like putting ‘beware of dog’ sign on your gate, already it is a deterrent for criminals.

There are so many kick-outs, so to speak, it is not all about kidnappings, we have ritual killings, you have the ‘badoo’ boys in Ikorodu recently, you have those who said they were stealing pants, you have so many things going on. We have rape.

There are a lot of vices going on now that we feel used to be alien to us, but the world is changing, these things have grown, but it has to be controlled. We have to confront all these vices and we felt, as it is globally recommended that community policing, as a way of supporting statutory agencies, is one of the ways to confront these vices. So, nobody is building any militia.

What form of synergy are we expecting between Amotekun and the statutory security agencies?

As we speak now, the statutory agencies work with informal groups, don’t they? The same thing you have in the north with the Civilian Joint Task Force and the Vigillante in the South-east, you have the Scolombo in Cross River.

It is a way of broadening the vista of capabilities of security agencies when it comes to crime control. It is a symbiotic relationship, it is a win-win relationship, so to speak. Nobody is creating any army or creating any pool of thugs. Not some of those things people are raising on social media, nothing like that.

Has the commission been able to ascertain the reasons for the opposition to Amotekun so far? Is it political or the fear of the unknown?

I can’t speak for people, but I have read all sorts of things in the newspapers. I have read a lot of alarmist views on what we are doing from different commentators on TV and on radio and to me it is hilarious.

I said something earlier on, even at the height of the kidnappings and the herdsmen, farmers confrontation, I doubt if there is any city in this South-west that Yoruba people mobilised themselves and went to attack them, no. People still intermarried, people still related like brothers and sisters, they still went to the same mosque, went to the same market.

Because criminals are different from you and I, criminals don’t have religion, they don’t have tribes, a criminal is a criminal. So, we should not play into their hands. It just baffles me why everybody all of a sudden is being suspicious asking why we are doing this. What started as a social intervention became political and it has become legal now.

You can see that security touches every part of human life and because it does, you have a lot of different stakeholders and different agendas and they are going to latch into it. Last year, people in Lagos were afraid to go to Ibadan. Some of them could not go to Osun unless there was police escort.

Ways of lives are changing. Look at the North-east, 10, 15 years ago, if you told them that their way of life would be altered forever, they would not believe it. It started like a small drop, now it is a mighty ocean for them. We are not going to sit down and let that happen here.

People have to be proactive. Every day in the news, you still hear of banditry, of kidnapping and all sorts of things, going on in different parts of the country. It has not even stopped. The Nigerian Army, security agencies are already overstretched. How many of them have to die before we come to our senses that this is not a battle they have to fight alone.

Given the posture of the federal government and the issues raised by the Attorney General of the Federation on Amotekun, what are your strategies for engagements or interface with the relevant groups for the necessary confidence building?

We have consistently met with the relevant stakeholders on matters of local and regional security over the past five years. We here at DAWN Commission have tried a lot even in terms of reconciliation with herdsmen and farmers.

We have done a lot of reconciliation with different groups in this part of Nigeria so that peace can reign, I am telling you that.

We have held about two or three conferences on insecurity and reconciliation of people. It is not something that because of the Amotekun issue we will just start, no. We have been doing it and we will continue doing it.

INTERVIEW: How Amotekun will be funded — Commission