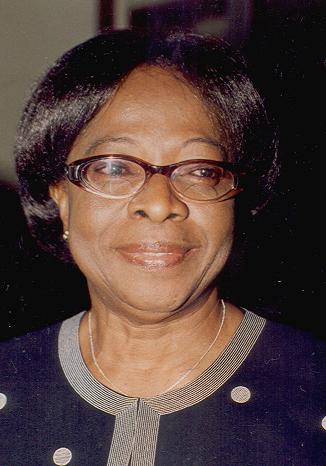 Prof. Jadesola Olayinka Debo-Akande, (OFR), was a legal icon and an academic giant, widely-acclaimed for her contribution to women development. She was a woman of many firsts and one of the few female academic pillars in Nigeria.

Late Prof. Jadesola was born on November 15, 1940, in the defunct Western Region of Nigeria. She attended Ibadan People’s Girls School and St. Annes School, respectively. She obtained her G.C.E. Advanced Level certificate after attending Barnstaple Girls Grammar School, Devon, England, and then proceeded to study Law at the University College, London, where she graduated in 1963, and was called to bar at Inner Temple, London.

She returned to Nigeria in 1965 and worked in the West Regional Civil Service as an Administrative Officer/State Council for a year before proceeding to do the then Statutory three months’ course at the Nigerian Law School, Lagos.

Prof. Jade Akande taught law at the University of Lagos Law School for Fourteen years, during which she also worked as a staff candidate for both her Master’s Degree (LLM), 1968 and Ph.D., London. After many years of service, she established a Family Law Center, a part of Ford Foundation funded free Legal Aid Center for poor people which she initiated in 1984.

In April 1989, she was appointed as the second Vice-Chancellor of Lagos State University, a position she held till 1993 after which she resigned.

In 2000, Late Prof. Jade Akande was appointed the Pro-Chancellor of the Federal University of Technology, Akure until 2004.

She was a key member of the Constitutional Review Committee of 1987 and the Presidential Panel of National Security in 2000. Her wealth of experience was second to none. As a mother and human rights activist, she was a very frank and down to earth.

Late Prof. Jade Akande published several books, journals and articles, some of which include; Laws and Customs Affecting Women’s Status in Nigeria, International Federation of Women Lawyers (Nigeria), Training Manual for the Participation of Women in Governance: Advocacy, Lobbying Networking, Coalition-building and Negotiation. WiLDAF/FeDDAF West Africa and many others.

The Commission remembers you today for your great contribution to humanity and the country at large. It is our prayer that you continue to rest in the bosom of the Lord.