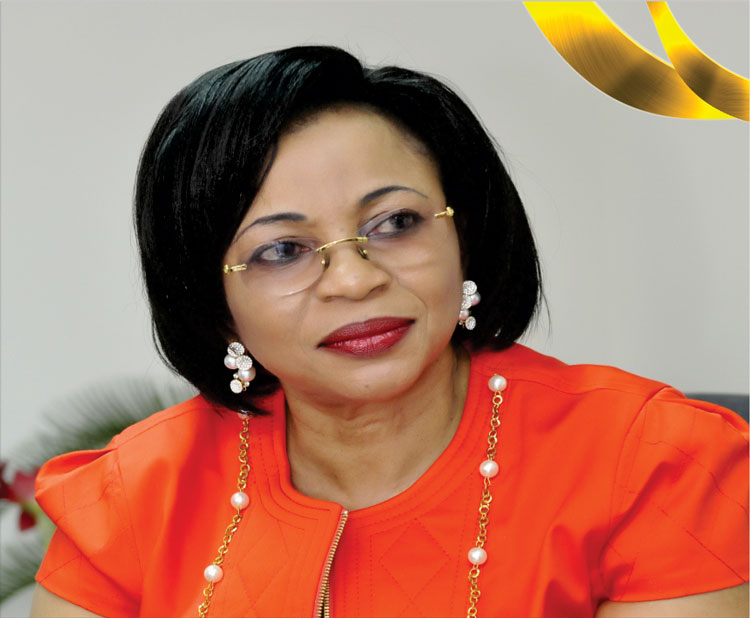 It is decidedly trite to aver that the gender of a person – male or female has absolutely nothing to do with how much that particular person could contribute, if he/she is in a position to do so, to the development of the society or nation.

One notable example in Nigeria of such a person – a woman is Folorunso Alakija who, because of her hard work and entrepreneurial spirit is today regarded as one of the richest black women in the world. An accomplished fashion designer, an astute businesswoman, a philanthropist, and an example of a responsible mother and homemaker, Folorunso Alakija has had a positive impact on the development of her society.

Folorunso Alakija was born in lkorodu (Lagos State) in 1951. Her father, Chief L. A. Ogbara, was a famous and wealthy businessman in Lagos, whose business empire flourished around the 1940s and 50s. Her mother, Mrs. Ogbara, was equally a successful businesswoman who was actively involved in the family business. In fact, available records indicate that she was a very strong pillar of their family business.

Folorunso spent the first seven of her formative years in Nigeria before her parents decided to send her to the United Kingdom (U.K) for her primary education. She enrolled at the Dinorben School for Girls in Hafodunos Hall in Llangernyw, Wales. After completing her primary education in the UK, she returned to Nigeria in 1962. She was admitted to the Muslim High School, Sagamu, Ogun State for her secondary education after which she went back to the UK where she got admission to study Secretarial Studies at the prestigious Pitman’s Central College, London.

After she qualified as a professional secretary, she came back to Nigeria and worked with great success for 12 years in the corporate world. She started off at Sijuade Enterprises which was located at the famous Western House, Broad Street, Lagos, as a secretary. After a short stint there she took up an appointment as the Executive Secretary to the Managing Director at the First National Bank of Chicago, which is now known as Fin Bank Plc., from where she moved on to the International Merchant Bank of Nigeria where she distinguished herself as the Head of the Corporate Affairs Department and finally became an Office Assistant to the Treasury Department.

However, her latent passion for African fashions and designs and her potential entrepreneurial ability came to the fore. She resigned her appointment and went abroad to study fashion designing. She attended such famous fashion schools in Britain, as the American College in London and the Central School of Fashion. She returned to Nigeria to establish a company known as the “Supreme Stitches” which in 1996 was renamed the “Roses of Sharon House of Fashion”. Mrs. Alakija in this new venture decided to deviate from the traditional concentration on European designs and fabrics to experiment with the creation of a tailoring outlet designed essentially to promote African fabrics and dresses all made in Nigeria.

The period of the 1990s was a particularly auspicious one for this purpose: the Structural Adjustment Programme (SAP) had forced many Nigerians to look inward and be more self-reliant, an opportunity Mrs Alakija exploited to promote African culture in African dress and designs. She was fortunate to have caught the attention of the leaders of the society of that period who gave her extensive patronage. Indeed, she was reported to have become though unofficially, the consultant and fashion designer to Mrs. Maryam Babangida, the First Lady and wife of the president at the time.

Her Rose of Sharon House of Fashion still continues to showcase African dresses and promote African culture worldwide. That business venture has won many prizes both nationally and internationally to such an extent that the Federal Ministry of Tourism, Culture and National Orientation has appointed Mrs. Alakija as the country’s Ambassador of Culture and Vice Chair of Nigeria\’s National Heritage Council and Endowment for Arts. In recognition of her contribution in this field, the Fashion Designers Association of Nigeria (FADAN) elected her as their National President and lifelong trustee.

In 2001, she added another dimension to her fashion business when she launched into the production of tee-shirts; this led to the change of the business name to the ” Rose of Sharon Prints and Promotions”. Its focus was on screen printing and monogramming for gift and promotional items. In 2006, she founded yet another arm of the company, “Digital Reality Print Limited” which specializes in sophisticated and technical digital large format printing.

Although, she had become prominent in the fashion world; Mrs. Alakija’s entrepreneurial spirit took her farther afield to explore the opportunity which the new developing oil industry in Nigeria offered. With the support of her family, she decided to venture into this field, a decision which marked a turning point in her life and brought her even greater fame than before. She established an indigenous oil company, Famfa Oil, and bidded like other Nigerians, mostly male, for an oil block which she won in 1991. Unlike some other fortunate Nigerians who won the much coveted oil blocks and made quick profit by promptly selling them off, she retained her own oil block. With her experience in the corporate world and industry, she decided as an entrepreneur to venture into the oil business.

She went into partnership with an experienced American oil company, Star Deep Water Petroleum Limited (a subsidiary Texaco Company), on 60/40 per cent sharing ratio between her and the company. Texaco was later acquired by Chevron Nigeria Ltd. Her managerial acumen ensured her success. In 1996 Famfa Oil commenced full operations and has recorded tremendous success in the oil business world. Indeed, Famfa Oil rose to become one of the most lucrative oil blocks in Nigeria, bringing in over a million dollars per day. So notable was her achievement that in 2012, an online publication, Ventures Africa, rated Mrs. Aiakija as one of the World’s Richest Black Women, worth about $ 3.3 billion, derived largely from the oil and gas industry.

In addition to these achievements in the world of fashion and design as well as the oil industry, she has also left an indelible mark in the real estate world. With the support of her husband, she founded the Dayspring Property Development Company Ltd., a company with huge investments in real estate in different parts of Nigeria and abroad. Ventures Africa stated in 2012 that the company was worth over one hundred million dollars.

A write up on Folorunso Alakija would be incomplete if it does not highlight philanthropic activities as well as her commitment to the Christian Ministry both of which have made a significant impact on the development of the Nigerian society. In 2008, Folorunso and her husband founded The Rose of Sharon Foundation (ROSF), a non-governmental organisation (NGO) which focuses on the alleviation of the plight of widows and their children as well as orphans through the provision of scholarships and other financial and educational opportunities. It is on record that between 2008 and 2013, RoSF had empowered 970 widows, awarded scholarships to 1,366 widows’ children and 72 orphans.

Folorunso and her husband also established the Rose of Sharon Glorious Ministry International, an affiliate of the RoSF, which aims at providing spiritual development for widows, orphans and other vulnerable children in the society. It started off as a house fellowship, but has grown into a full-blown Christian Ministry. As indicated earlier, in spite of Folorunso Alakija’s numerous achievements, she has been able to manage the home front extremely well. She is married to Modupe Alakija, a legal practitioner, and the marriage is blessed with children and grandchildren.
DAWN Commission celebrates you for your outstanding achievements.