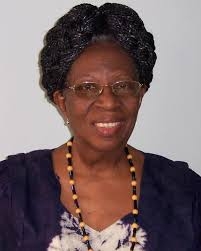 Mabel Segun is an embodiment of many talents and a good example of an achiever worthy of emulation. She is a writer, a sportswoman, an administrator, a broadcaster, a diplomat, a trailblazer for other women. She ventured into many fields where women before her had been reluctant to go, and, in most cases, distinguished herself and earned many laurels. She is thus not only a pioneer but also a distinguished achiever in these various areas of human endeavor for which she has been rewarded with both national and international recognition.

Mabel Segun was born in 1930 in Ondo town, Ondo State, to Rev. Isaiah and Mrs. Eunice Aig Imoukhuede. She started her primary school education in 1938 and continued schooling in St. Peter’s School, Edunabon; Akoko Jubilee Central School, Ikare; St. Paul’s School, Ikole and St. David’s School, Akure – changing schools as her parents changed towns on account of transfers. For secondary education, she attended C. M. S. Girls’ School, Lagos, the oldest Girls’ School in Nigeria, from 1942 to 1948 and she passed the West African School Certificate Examination with a grade one. In 1949,
she was admitted to the University College, Ibadan where she read English, Latin and History and graduated with a Second Class B.A. degree in 1953. She later left for the United Kingdom and U.S.A where she was trained as an editor and public relations practitioner.

On her return to Nigeria, she had a varied and interesting career. She started off as a teacher and taught in several secondary schools and teacher training colleges between 1954 and 1957 in the old Western Region. But these were short spells; she found her way into the editorial desk; with her command of the English language and the training in US and UK, she soon found a niche in record keeping and information; she served as Hansard Editor, Western Region Legislature, from 1958 to 1961; Information Officer, Western Region Ministry of Information, Ibadan, 1961-1963. She was a Copy- writer for Lintas (West Africa), Lagos, in 1964; she became part of the challenging efforts of our country to build up its media and book trade; she also served as Editor for Modern Woman and Franklin Book Programme. She served as an Education Officer from 1967 to 1970 and rose later to become for one year the Chief Federal Inspector of Education in 1982. It is important to note that she was a Senior Research Fellow, Institute of African Studies, University of Ibadan, from 1982 to 1989.

Mrs. Segun has also been prominent in the area of literature. She won her first literary prize in 1954-the Literature prize for the maiden National Festival of the Arts in this country. She has written, co-authored or edited twelve children’s books, five books for adults, including a poetry collection, Conflict and Other Poems, a collection of short stories, and a selection of her radio talks. Her poems and stories have been published in over 30 anthologies, both national and international. As if such literary contributions were not enough, she was also a trailblazer for women in this and other fields; Mrs. Mabel Segun was awarded the Nigeria Liquefied Natural Gas (NLNG) prize for Literature in October 2007. This is a notable literary achievement.

Mrs. Segun is a versatile woman whose achievements in the fields of education, book publishing, sports and writing have earned her national and international awards and honours too numerous to cite. The following represent just a few examples in sports: she was the proud recipient of National Sports Award, National Sports Commission, 1988; Chief Ambassador of Table Tennis Award, Ibadan Table Tennis Association, 1990; Honorary Member, Nigeria Olympic Committee, 1995. In the literary and academic fields, some of the awards include the following: National Festival of the Arts literature prize in 1954; Radio Nigeria Artiste of the Year, 1977; Fellowship of the International Youth Library, Munich, 1993; Association of Nigerian Authors (Oyo State Branch) Award, 1998; Pioneers’ Women Writers Award/Women Writers of Nigeria (WRITA), 1999; Association of Nigerian Authors Award, 2000; Most Distinguished Merit Award (MDA), University of Ibadan, 2001; Fellow of the Association of Nigerian Authors (FANA), 2005; and Honourable Mention Noma Award, 2007.

In 2004, in recognition of her various contributions, the Nigerian government conferred on her the national award of Officer of the Federal Republic of Nigeria, (OFR). After her retirement from the civil service in 1982 and, the University in 1989, Mabel Segun founded the Children’s Literature Documentation and Research Centre (CLIDORC), an organisation designed to encourage creative writing and the development of the reading habit in children. At 80 plus, Mrs. Segun is still going strong even in her retirement. She is now the Director of CLIDORC.

DAWN Commission celebrates you for your outstanding achievements.