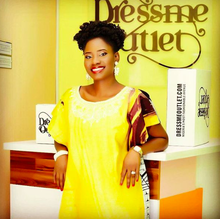 Olatorera Oniru was born on the 3rd of March 1987 to Chief Dr. Femi Majekodunmi and Justice Olatokunbo Majekodunmi in ancient city of Ibadan, Oyo State, Nigeria.

Olatorera has a scholarship-based Master in Business Administration (MBA) degree from Emory University, United States where she focused on Finance, Leadership, and Entrepreneurship. She also has Executive Management Certificates from Stockholm School of Economics, Sweden and International Institute for Management Development, Switzerland.

Prior to her establishment of the website, Olatorera started her career in 2005 as a management Intern in Clayton, GA for Sodexho’s summer camp. She left to work as a Sales Associate for Payless ShoeSource, Greensboro North Carolina.

Olatorera continued her career working for two Fortune Top 500 companies, namely Bank of America and General Electric. She joined the Bank of America Merrill Lynch where she worked for two years as a Senior Analyst for the Global Markets and Investment Banking Business Development Group.

During her years as an employee at Merrill Lynch, she also served as co-founder and president of Network of African Professionals in New York City and as a Junior Board Member of CASA-NY (Court Appointed Special Advocates New York).
After two years at Merrill Lynch, she went to work for the Central Bank of Nigeria as a Senior Supervisor.
After the completion of her (MBA), she went to work for Lars Magnus Ericsson, as a Global Consultant and later as Head of Sales Governance for MTN Nigeria account.

In 2015, Olatorera established a website selling fashion products, health & beauty products, and home goods. She is currently the Chief Executive Officer and Head of Sales at Dressmeoutlet.com.

Olatorera has been recognized on various international platforms as one of the pioneers championing the revolution of the fashion industry in Africa.

These include recognition by Forbes Media as the Nigerian Woman who is Building the Fashion Amazon of Africa; and Young Achiever of the Year Award by World Leadership Congress in Mauritius

She has also been nominated by the African Achievers Awards for Young Entrepreneur of the Year and was nominated by the Commonwealth Africa Awards (CAFI) for Outstanding Contribution to Enterprise and Fashion (West Africa), Individual Category.

Olatorera was nominated by the Future Nigeria Awards for Best Use of Advocacy in 2007 and was a finalist for Hearst Corporation’s “Cover girl of the year” award in 2008.

She founded Nigeria’s leadership program Top 100 Our Generation, in 2007; a company that brought together and inspired many of today’s young leaders.

She is currently a member of Lionesses of Africa, Africa’s Best and the National Scholars Honour Society United States.