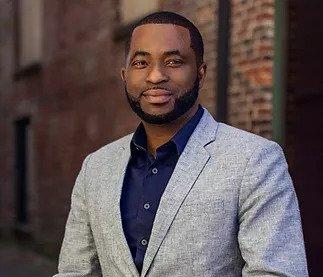 Olurotimi John Badero is a Fully Trained Board Certified Interventional Cardio-Nephrologist (Combined Heart & Kidney Specialist Physician) who has been recognized as the world’s first and only Board Certified Interventional Cardio-Nephrologist. He has received several awards for his accomplishment in this emerging field of medicine.

A mantra that he has lived by, are the words of wisdom his father spoke to him as a young boy, “Good is not good enough. Strive for perfection.” These words have resonated with him and pushed him to live a life of perseverance.  Olurotimi was the name given to him by his father which means “God stands by me, God is always with me”. Olurotimi was the closest child to his father and followed his father wherever he went. His father, an erudite figure taught him a lot during their times together. His career as a physician today is credited to God and his father as Olurotimi had always wanted to be an Engineer. He was however later convinced to study Medicine during an hour-long private conversation his father had with him when he told him he would do something special and achieve a rare feat in the future if he listened to him and pursue the path of his destiny. Dr. Olurotimi John Badero was born the 7th of 9 children to late Chief Eliab Olufemi Badero and Mrs. Stella Taiwo Badero in Lagos, Nigeria. Growing up, he faced many challenges. His life was almost cut short by a bout of measles which he had at age 4. He lost his younger sister, Olufunmilayo Abosede Badero to bronchopneumonia when she was just 11 months old. He would later lose his younger brother and closest sibling, Peter Olanrewaju Badero to sickle cell disease while he, Olurotimi was writing his final exams in medical school. Dr. Badero learnt the news of his brother’s death the day he passed his final medical exams and on his way home to break the good news, had a major Motor Vehicle Accident that almost claimed his life. He eventually made it home that evening with bruises and cuts only to learn of his brother’s passing and never got a chance to celebrate becoming a physician.

From skipping fourth and sixth grades due to his academic achievements, to winning best overall student in Nigeria in a National Science Quiz Competition and completing four fellowships and seven specialities, including a fellowship at the Yale University program at Bridgeport where he graduated with a distinction in interventional cardiology and awarded a certificate of achievement for outstanding performance, Dr. Badero has always strived for excellence.

He obtained his medical education at Obafemi Awolowo University, Nigeria before relocating to the United States to complete three years of Internal Medicine residency at the State University of New York (SUNY), Downstate Medical Center in Brooklyn NY. Afterwards, Dr. Badero was accepted at the renowned Emory University School of Medicine in Atlanta Georgia where he completed a two year fellowship in Nephrology & Hypertension. Dr. Badero then returned to SUNY Downstate Medical Center, Brooklyn NY to complete another three year fellowship in Cardiovascular Medicine. In his first year as a cardiology trainee, Dr. Badero had yet another Motor Vehicle Accident that almost claimed his life. The car he was driving hung on the rails of the Verrazano-Narrows Bridge and nearly plunged into the sea below after he was rear ended by a truck.

Following a distinguished Cardiology Fellowship, he was admitted into the prestigious Yale University School of Medicine, Bridgeport Program where he completed fellowships in Invasive & Interventional Cardiology as well as Peripheral Vascular Intervention. He completed these fellowships with distinction and was awarded a certificate of achievement for outstanding performance.

Dr. Badero later returned to SUNY-Downstate Medical Center for yet another year long fellowship in Interventional Nephrology, Endovascular Medicine & Dialysis Access Intervention. In all, he has completed an unprecedented 10 years of continuous postgraduate medical training in the United States, specializing in seven different areas of medicine. He holds many Specialty Board Certifications in the field of Medicine.

Dr. Badero has received several awards locally, nationally and internationally. He has also been recognized by the United States Government and received a Congressional award by the US Congress for outstanding medical career and service to humanity. He has published several peer reviewed articles and sits on the editorial board of many scientific journals both national and international. He has also served as a reviewer for the American College of Physician’s medical knowledge self assessment program (MKSAP) as well as the National Kidney Foundation’s continuing medical education (CME) programs.

He has been recognized in the United States, United Kingdom and Africa for his many contributions to the medical field as well as being one of the pioneers in his field.

Dr. Badero believes in giving back and he is involved in medical mission work as well as non-profit organizations that help alleviate the disparity in healthcare delivery especially in Africa and other medically underserved areas across the globe. He is also involved in mentorship programs for young physicians and scientists alike and has been invited by many academic institutions where he teaches resident physicians and medical students periodically. He has been involved in raising awareness of the interrelationship between the heart and kidney through various continuing medical education (CME) and speaking programs. He  has served as a consultant to some African Countries in establishing cardio-renal programs,  cardiac centers of excellence as well as training and skills transfer.

He continues to serve as an international speaker for several empowerment and motivational platforms across the globe. He served as a speaker at the 2016 Impact Houston Youth Empowerment Conference, a program organized by the Impact your world organization to empower Nigerian Youths. He was also a panelist at the 2019 World Bank Group-IMF Nigeria Heritage Conference in DC. He was a speaker at the 2019 Why I am Alive Campaign alongside President Olusegun Obasanjo where he received the most purposeful Nigerian Award.

When he’s not practicing medicine or traveling the world teaching others, he is involved in church activities where he is the assistant pastor of the Redeemed Christian Church of God, Vine Chapel in Mississippi.