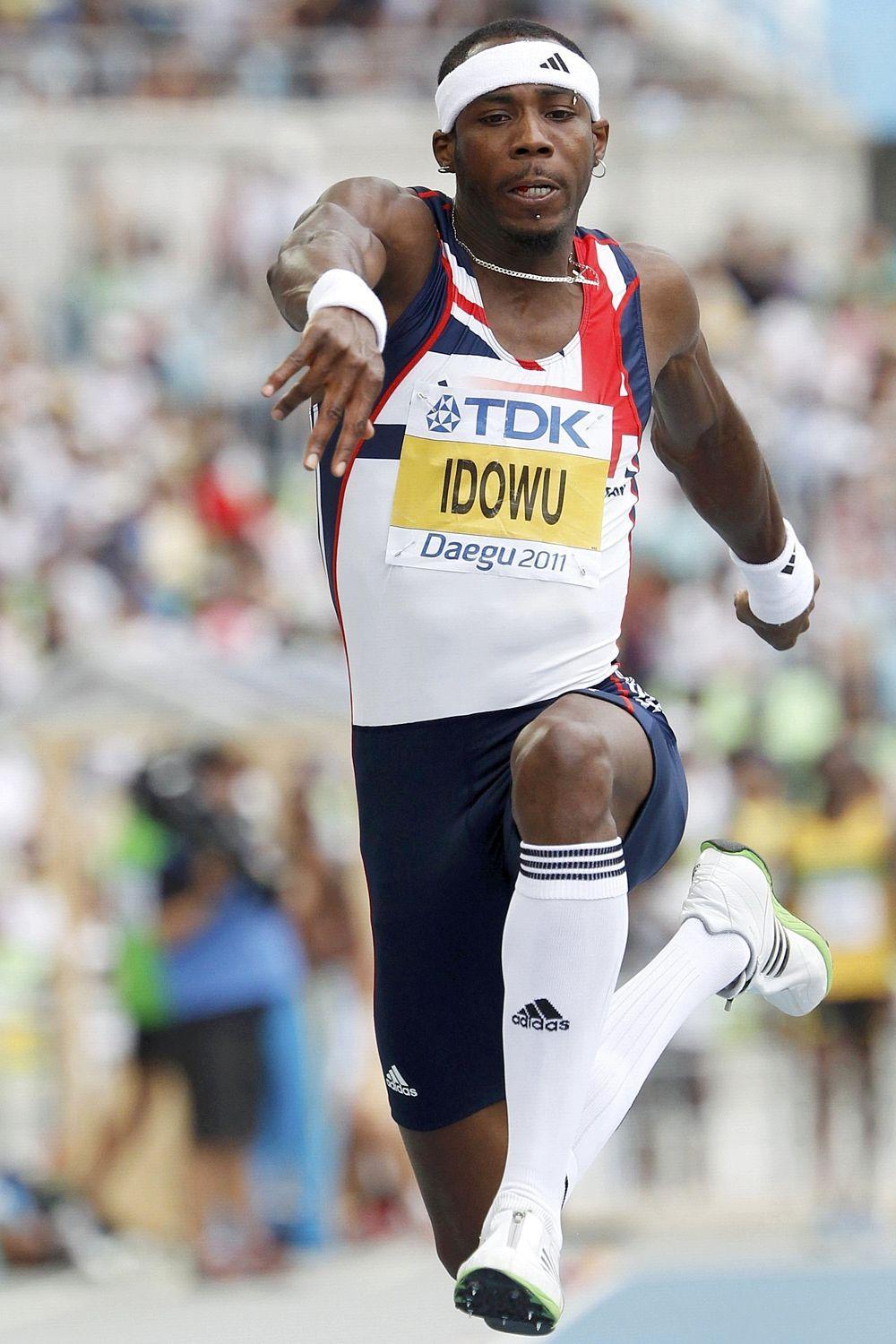 Phillips Olaosebikan Idowu, MBE, was born on the 30th of December 1978 and is a British athlete who specialises in the triple jump. He is a former World Outdoor and Indoor, European Outdoor and Indoor, and Commonwealth triple jump champion. He was also a silver medalist at the 2008 Summer Olympics. Idowu is a member of the London-based Belgrave Harriers athletics club and has been for much of his career.

Idowu grew up in Hackney, and was a talented sportsman at school in both basketball and American football, yet he was most successful as a junior in athletics. In 1997 he came to attention as a triple jumper when he won the English Schools Championships and the under-20s AAA title, rounding off the year by coming fourth in the European Junior Championships.

Idowu’s success continued in 2000, when he was ranked in the top 10 triple jumpers in the world and placed sixth in the 2000 Olympic Games. In 2001 he won the European Cup, though later that year his form was found wanting at the World Championships in Edmonton. His first major international medal came when he won silver at the 2002 Commonwealth Games, setting a new personal best of 17.68 metres but losing to world record holder and compatriot Jonathan Edwards. Later in 2002 he placed 5th in the European Championships.

A knee injury that required surgery ruled Idowu out of the whole 2003 season. His aim was to return to form in 2004 to compete at the Olympic Games in Athens.

In March 2006, Idowu triumphed at the Commonwealth Games in Melbourne, winning gold. However, he failed to maintain this form and once again finished in 5th place at the European Championships later that year.

In 2007, in the absence of world leader Christian Olsson, Idowu beat compatriot Nathan Douglas to gold in the European Indoor Championships in Birmingham. He recorded a championship record jump of 17.56 m, beating Olsson’s world-leading jump by 12 cm. Idowu went on to win the IAAF Golden League Bislett Games in June 2007 with a distance of 17.35 m. By July 2007 he was ranked the number three triple jumper in the world, a new career high.

On 9 March 2008, Idowu won his first world title, taking the gold medal at the 2008 IAAF World Indoor Championships in Valencia, Spain. His jump of 17.75 m also broke the British and Commonwealth Indoor record previously held by his compatriot and former adversary Jonathan Edwards, who presented him with his medal at the ceremony. Despite his successes at the Indoor Championships and Commonwealth Games, Idowu decided to change coach, switching from John Herbert to 1982 Commonwealth Games medalist Aston Moore. Reflecting on his choice, Idowu stated: “now is the right time to make a change as I develop and move forward”.

Idowu took silver in the men’s triple jump at the 2008 Beijing Olympics behind World Champion Nelson Évora after arriving at the games as the favourite. His best jump was 17.62 m, achieved in the third round. In an interview with Reuters, Idowu expressed disappointment at having won only silver, though he displayed good humour and also looked forward to the next Olympics in London.

At the start of the 2009 athletics season, Idowu missed the opportunity to defend his European Indoor title as he was suffering from a knee injury. On Tuesday 18 August 2009 he finally fulfilled his potential by winning the World Championships in Berlin with the longest jump of anyone so far this year and an outdoors personal best distance of 17.73 m, again having his medal presented by Jonathan Edwards. In July 2010 he broke his triple jump personal best jumping 17.81 metres at the Barcelona European Athletics Championships to win gold.

Idowu was appointed Member of the Order of the British Empire (MBE) in the 2011 Queen’s Birthday Honours “for services to athletics”.

After receiving leg surgery in autumn 2012, Idowu continued to struggle with fitness and form during 2013. In July 2013 he announced that he was “taking a step back” from the sport “for the foreseeable future”, a step that some interpreted as tantamount to retirement. However, Idowu returned to top-level international competition at the Shanghai Diamond League meeting in May 2014, after a spell of training and competition in Australia.

Idowu is known to the public for his eccentric personality, sporting a variety of hair colours, an array of facial piercings and trademark booming laugh. Other than triple jump, Idowu also enjoys basketball. He has a daughter, D’Karma (born 2007), and a son, Prince (born 2010).

In 2013, Idowu joined Jack Dee, Dara Ó Briain, Greg James, Mel C and Chelsee Healey in Through Hell and High Water, a Comic Relief challenge which involved British celebrities canoeing the most difficult rapids of the Zambezi River. They raised over one £1 million for the charity. He also appeared in the 2013 edition of Celebrity MasterChef, being eliminated in the second round.