Prof Jide Osuntokun: Yoruba And Burden Of History In The Politics Of Nigeria – 1 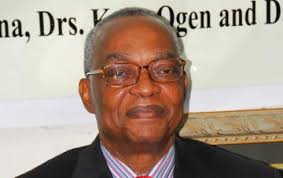 The Yoruba numbers about 40 million people located in Nigeria in the following states: Lagos, Ogun, Oyo, Kwara, Osun, Ondo, Ekiti, Kogi, Edo and Delta (not just the Itshekiri of Warri but the Olukumi of Oshimili LGA). They are also in Benin and Togo Republics and their descendants are found in Brazil, other countries in South America Cuba, Trinidad, Tobago and other Caribbean Islands as well as in Sierra Leone. Their culture has survived in the Yoruba diaspora perhaps because of their late coming into the trans-atlantic slave trade, following the collapse of the Oyo Empire towards the end of the 18th century, or because of the strength of the Yoruba culture particularly their religion, which is widely practiced in the Caribbean and South America even by people of European descent.

The Yoruba claim Oduduwa/Olofin as their eponymous ancestor. Oduduwa is variously said to have descended from heaven and landed in Ile-Ife. Other variant, more sensible and credible myth of the Oduduwa story says he came from the East, Baghdad or somewhere in Arabia. He is said to have been the son of Lamurudu (Nimrod) who left his homeland following dispute over religious worship and succession to the throne.

These are myths and myth is not the subject of history. What we can deduce from the myth is that a people of advanced civilisation with working knowledge of iron, displaced possibly Stone Age people living in Ile-Ife, seized the throne and dominated the people. From Ile-Ife, sons of Oduduwa fanned out to found new kingdoms or to overthrow existing rulers in Yorubaland, Bini and related peoples like the Aja and Ga of present day Benin and Ghana republics respectively. This has led to the fact that many rulers in Yorubaland claim descent from Oduduwa. The pre-existing rulers became shadowy kings and priests ministering to the new Oduduwa descendants. We know from the study of archaeology, that Meroe in the present day Sudan was the centre of the diffusion of iron technology to Africa, and perhaps these myths of origin of West African rulers may well be referring to the coming of those who knew how to make iron implements for agriculture and for offense and defence.

The Bayijjidah legend of the Hausa also possibly refers to the same phenomenon of outsiders serving as change agents in Africa’s ancient history. The myth of Oduduwa as the progenitor of the rulers of yorubaland is however not universally subscribed to by all Yoruba people. Awujale, the paramount ruler of the Ijebu people, claim their people came from Waddai which is in present day Chad but was part of the Kanuri dominated Kanem-Borno Empire. This is not as fanciful as it may appear because there is an extant myth among the Kanuri, who say the Yoruba are their cousins who because of their love of money left for the coast in search of the Golden Fleece. Might this myth be referring to the Ijebu who with the Ijesha share the same facial marks with the Kanuri? We know of a certainty that the dynasty in Benin is descended from Oduduwa through his grandson Oranmiyan.

The story is well known and it suffices to say that the Benin people sent to Ile-Ife for a ruler, after having gotten rid of their Ogiso kings and finding republicanism unworkable. Ife obliged them and sent the youngest of the grandsons of Oduduwa. After a while, Oranmiyan fathered a son Eweka but left Benin disillusioned that his subjects were too difficult to control and returned to Ile-Ife. From Ile-Ife, he proceeded to Oyo to establish a new kingdom. In this way, the great kingdoms of Ife, Bini and Oyo that were to play important roles in the history of West Africa were historically linked. The Bini now claim that in fact Oduduwa was a Bini prince who was expelled from Bini, got lost in the bush and later found his way to Ile-Ife and because of his knowledge of herbal medicine was made King by the Ife people. Oranmiyan therefore was more or less their grandson who returned home. This interpretation sounds rather convenient. The reason for this new revisionism in Bini is the assertion of independence and non-subservience to a foreign ruler in the past. What is however important up till today is that the cult/court language in the Bini palace is some kind of old Yoruba and the standard greetings in the palace is “How goes Ife (Uhe)”? The mystery surrounding Ife was further complicated by the late Professor Ade Obayemi, a distinguished Professor of Archaeology, when he said the present Ife may not have been the Ife of historical antiquity. He said he had identified seven existing Ifes and that the Ife of antiquity may well be near the rivers Niger and Benue confluence.

Furthermore and in recent times, the hilly town of Idanre in Ondo state, but which its people call IFEOKE, claims it is the original Ife and that their Oba is acknowledged by the Bini as an elder to Oranmiyan, the founder of their dynasty and they have ancient artefacts to support their claim. Usen which play a prominent role in the coronation of the Obas of Benin share identical dialect with Idanre which further shows that there is a need to examine the role of Idanre (Ireke) in Ife-Benin relation in the past. Professor Alan Ryder in his book Benin and the Europeans, using mostly Portuguese sources claimed that when the Portuguese came to Benin in the 15th century, they were told Benin paid homage to the “Oghene Luhe” North east of Benin. This he felt might be in the same direction suggested by Obayemi. Of course, the Portuguese may not have reported correctly what they were told. Ife Olukotun, located near the area suggested has not yielded any artefacts that could be dated older than those found in Ife that were produced between the ninth and the twelfth centuries. The moat around Ile-Ife, even though most of it has disappeared and the various ancient artefacts found there suggest that the present Ife is the Ife of antiquity. There is much that we do not know and there is room for serious research, because a serious question of the provenance of the founder of ancient Yoruba kingdoms is too important to leave to guess work.

I want to emphasise that the history of dynasties should not be confused with the history of peoples. For example, we all know that the current Hanoverian dynasty in England is from Germany yet this does not mean English people are descended from Germans. Although, I know that the Saxons, a Germanic tribe, had with the angles over run the Celtic people of England in historic times. Oduduwa may be the ancestor of the rulers of Yoruba kingdoms; it does not mean Oduduwa is the ancestor of all Yoruba people. There were people in Ile-Ife and Yorubaland before the coming of Oduduwa. This is why we have chieftaincies like Obalufe, Obatala, which apparently preceded the coming of Oduduwa. Recent disputes in several kingdoms in Akure, Ekiti land and Akoko where there exists two “Kings” in one kingdom, one active, the other passive until recent times, indicate there were autochthonous people in yorubaland before the coming of the Oduduwa party. The struggle between Olukere and Ogoga, Alakure and Deji, Owa Ale and Olukare and to a certain extent Odio and Ewi and the struggle between the Oba of Benin and a chief Ogiamien claiming his ancestors were the rulers of the kingdom before Oranmiyan, are manifestations of the fact that there were not only people but rulers who have now been eclipsed and displaced by much more formidable new comers.