Prof Jide Osuntokun: Yoruba and Burden of History in the Politics of Nigeria – 2 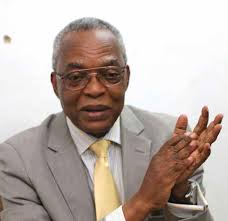 In the late 1950s and early 1960s, the government of western Nigeria knew the importance of history in nation-building and therefore established the Yoruba historical scheme under the late Professor Saburi Biobaku, who was sometimes Registrar of University of Ibadan, Secretary to the Government of Western Nigeria, before becoming Vice Chancellor of the University of Lagos. Those involved in the Yoruba historical scheme included late Professors J.F. Ade Ajayi, Adeagbo Akinjogbin and others. Much has been done in researching the Yoruba past but more needs to be done. Unfortunately, the governments we have had since the military intervention in Nigeria in 1966 abandoned the study of history. It seems they were determined to build a future on an historical void. Or perhaps, they wanted to have no comparative yardstick against which their regimes could be judged. Thankfully the Buhari administration has in 2016 taken a decision to ensure that history is taught at all levels of education in Nigeria.

The military regime’s apologia was anchored on the need to build a technological and scientific foundation for the future. They were ignorant of the fact that the most technologically advanced countries like the USA, China, Germany, Japan, Great Britain and France have scrupulously preserved their history in well-endowed galleries and museums, as well as funding continuous research into the past and compulsory historical education to build confidence in their people. Knowledge of a glorious past can provide a platform or springboard for take-off for the future. Technological innovation does not depend on the multitude of scientists a country produces, but the effort of a solitary researcher or a group of geniuses, making breakthroughs in inventions or producing knowledge which can be applied to solve problems or to dominate the environment.

It is sad that most Nigerians know very little about their past and young people suffer from cultural disconnect, disorientation and disorder. Those of us who teach young people are worried that our language and culture are dying, and we may in the future have to seek foreign assistance as usual in solving problems that are within our reach. We need to restore the teaching of history and Yoruba language to all primary and secondary schools in all states in the Yoruba area. All schools including private schools must be involved.

Ironically, history still plays a big part in Yoruba modern politics. The struggle for pre-eminence among Yoruba Obas in recent times is a variant of how history is alive in Yorubaland. The Oyo Yoruba up to the 19th century were the dominant power in Yorubaland. In fact the Ekiti, Ijesha, Akoko, Owu, Igbomina, Egba and Ife witnessed a period of Oyo overlordship in their parts of Yorubaland. For a long time, this past history of domination was resented and this played a significant role in their political association. This was particularly the case in the rural areas even though urbanisation to a certain extent undermined the hold of history on the people. The fact that the Yoruba people are the most urbanised people on the African continent is not unconnected with the desire to congregate in fortified and easily defensible communities, believing that there is safety in numbers during the incessant wars that lasted a century from about 1793 to 1893.

When the British came and following their desire to practice the indirect rule system of colonial administration and control which had been hugely successful in the north, they looked for suzerainty comparable with the Sokoto Caliphate. They felt they found it in Oyo and its ruler and they tried to build a new Oyo Empire. They gave the Alaafin more power than he was traditionally used to. The Alaafin might have had power in the past; this was however limited and constrained by delicate checks and balances. Raising taxes in the name of the Alaafin in Oke Ogun in 1916 for example, precipitated rebellion which exposed the British lack of knowledge of the intricate and complex politics of Yorubaland. For long, the Alaafins of Oyo enjoyed primacy in Yorubaland, yet the same British consulted the Ooni when there were disputes about succession to the throne in some parts of Yorubaland.

Throughout the period of British colonial rule in Nigeria, the British dealt with the Obas in in terms of their order of importance to the colonial administration. The Alaafin took the preeminent position as traditional head of the Oyo-speaking people which included Oyo itself, Oke Ogun, Ibadan, Ibarapa, Osun division including Osogbo, Ede, Iwo, Gbongan and larger part of Ife division (Origbo towns and villages). Important rulers of Ijebu, Egba, Ijesha/Ekiti which included Akure and Igbomina were prominently recognised. Bini was treated as a separate but related kingdom. Apart from their utility value, there was no attempt to rank them in any hierarchical order which would have brought them into conflict with traditional politics and history, because what was apparent was not necessarily real and the importance of a ruler was not directly related to the size and economy of its kingdom.

For most part of colonial rule, the British ruled largely by force with little or no consultation with the Africans. This was not surprising as it was the nature of imperialism. The majority of Nigerian people were uneducated. The gentlemen of Lagos who had benefited from colonial education through access to mission schools in Lagos, the most important of which was CMS Grammar School founded in 1859 were few. When Sir Fredrick Lugard came to amalgamate the Northern and Southern protectorates and the colony of Lagos, he derided the Yoruba educated elite in Lagos as “trousered niggers” who sent their laundry every week to Bond Street in London for dry-cleaning. The antagonism between him and the educated elite was mutual because they accused him of what they called “rancorous negrophobism” and authoritarianism. The disconnect and chasm between the ruled and the ruler was unbridgeable.

Events outside Nigeria, particularly the First and the Second World Wars, undermined the colonial regime and the so-called superiority of the white man, with the effect that Nigerians starting from the Yoruba of Lagos, began to demand in the beginning participation in government and later home rule. Nationalist awakening dates back in Yorubaland to the 1880s when Lagos people organised themselves to protest against water rate. Newspapers and broadsheets had proliferated Lagos agitating against one thing or the other. It was therefore not difficult for the educated elite of Lagos after the First World War to demand for self-determination, as was being applied to the subject nationalities of the dissolved Austro-Hungarian and Ottoman empires.

Various political parties, the most important of which were the NNDP (Nigerian National Democratic Party) and the NYM (Nigerian Youth Movement), straddled the period 1919 and 1944 when the biggest and most vibrant nationalist movement-the NCNC (National Convention of Nigeria and the Cameroons) was formed in 1944 and headed by Herbert Macaulay, the grandson of Bishop Ajayi Crowther, the Yoruba boy from Oshoogun enslaved and later educated in Freetown and London before becoming the first black African bishop of the Niger CMS mission. Nnamdi Azikiwe, the American educated Igbo man was the secretary of this nascent political organisation. The Ibo State Union was formed the same year and later became a corporate body in the NCNC and began to play significant roles in the party. Obafemi Awolowo, in reaction to this formed the Egbe Omo Oduduwa in 1947 to rally the Yoruba and to protect their interest. This was in response to the Arthur Richards constitution which divided Nigeria into three regions: namely North with Kaduna as its capital, East with its capital in Enugu and West with Ibadan as its capital.

Awolowo founded the Action Group in 1951, which immediately became the ruling party in the west after an indirect election based on limited franchise. He was later to become premier of the region and to run one of the most successful and forward looking governments in tropical Africa, until he resigned in 1959 with the hope of becoming the Prime Minister after the pre-independence election of 1959. Unfortunately for him this was not to be. His failure was to have ramifications not only for Yorubaland but the entire country. The prominent role of the Yoruba in the political life of Nigeria was second to none at least up to 1944, and this was because since 1886, there were Yoruba lawyers and doctors beginning with the Ijesha Sapara Williamses. Thus, it was natural for them to assume the role of leaders until the whole country began to come together into the mainstream of politics in the 1950s. But as it is commonly said, politics is first local before it becomes national. This was so in Yorubaland.