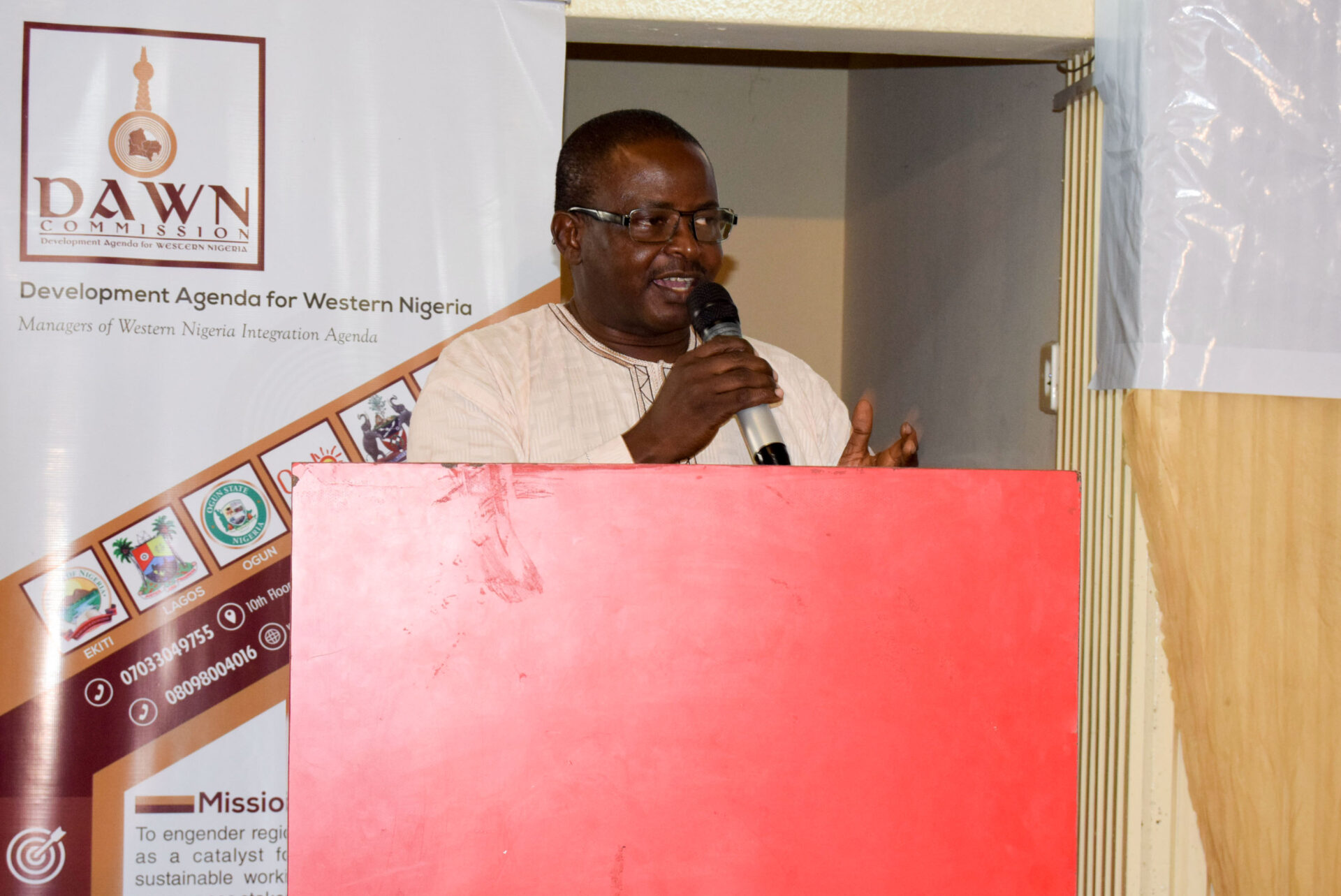 Olutayo Charles Adesina, FNAL, is a Professor of History, the Head of the Department of History and former Director, Centre for General Studies at the University of Ibadan, Oyo State, Nigeria. He is the author/co-author of more than a dozen books and over sixty articles. For more than two decades, the focus of his scholarship on sub-Saharan Africa has either singly or generally summoned intersections of local, national, regional and global history. Prof. Adesina received his education at the Obafemi Awolowo University (OAU, formerly University of Ife), where he earned his B.A. (1985), M.A. (1989), and Ph.D. (1994)—all in History.

Prof. Adesina has carved a niche for himself as a scholar and historian. In 1994, Prof. Adesina was a Grantee of the United States Information Agency at the Boston College, Massachusetts, U.S.A. In 1998, he was invited by Prof. Akin Mabogunje to a Research Associateship at the Development Policy Centre, Ibadan, Nigeria. His teaching and research careers have spanned many decades and continents. As full-time or visiting professor, he has taught in Nigeria and the U.S. He was a Teaching Assistant at the Obafemi Awolowo University, Ile-Ife (1989-91), Lecturer Grade III at the Adeyemi College of Education, Ondo, Nigeria (1991-93). He joined the services of the University of Ibadan in 1993 and rose to the rank of Professor of History in 2007. He has also been a Visiting Professor at Kennesaw State University, Georgia, USA (2004 & 2013).

Prof. Adesina is a Fellow of the Nigerian Academy of Letters (FNAL), and the recipient of several other distinguished fellowship awards, including, Fellow, Salzburg Seminar, Austria (2001); Fellow of the Atlantic History, Charles Warren Center, Harvard University (1998); the African Visiting Fellow, Rhodes Chair of Race Relations, St. Antony’s College, Oxford University, U.K. (2004/2005); and, Fellow, Institute of Advanced Studies, Jawaharlal Nehru University, New Delhi, India (2009. In October 2019, Prof. Adesina was the Distinguished Guest Lecturer at the Centre for African Studies, Shanghai Normal University, Shanghai, China. His most recent publications include: Nigeria in the Twentieth Century: History, Governance and Society, Ibadan, Connel Publications, 2017; “Soccer Victory authorized by the gods: Prophecy, Popular Memory and the Peculiarities of Place”, In Afe Adogame, Nick Watson and Andrew Parker, Global Perspectives on Sports and Christianity, London and New York, Routledge, Taylor and Francis, 2018; “Feeding the Millions: Understanding Africa’s Food Security Problem” In Richard A. Olaniyan and Ehimika A. Ifidon (eds), Contemporary Issues in Africa’s Development: Wither the African Renaissance? Newcastle upon Tyne, Cambridge scholars Publishing, 2018; and, ‘The Profile of an Educational Statesman’ in U.M.O. Ivowi Educating for Functionality (Book in Honour of Emeritus PAI Obanya). Abuja: Nigerian Academy of Education. 2019. He is currently completing (with Prof Taiwo Akinyele, Head of the Department of History, University of Lagos) a manuscript on Larger than Life: Selected Icons in Yoruba Thought and Society.

We appreciate your efforts towards the preservation of the Yoruba History, Culture and Tradition.

You are indeed an AKINKANJU