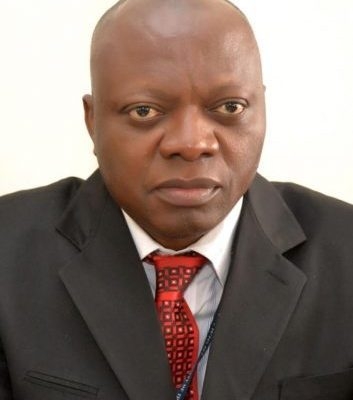 The 12TH Vice-Chancellor, University of Ibadan

Prof Abel Idowu Olayinka was born at Odo-Ijesa, State of Osun, Nigeria, on 16th February, 1958, to the family of the late Mr Gabriel Ola and Madam Florence Mopelola Olayinka. He hails from the Ojimi lineage, Ajifodu Dynasty. He attended St. Bartholomew’s Primary School, Odo-Ijesa, from 1964 to 1969 and he was appointed the Senior Prefect in his final year. He started honing his leadership skills from that tender age and these have stood him in good stead in later years. He was admitted into the famous Ilesa Grammar School in January 1970 and completed his West African Secondary School Certificate in 1975, in Division One.

He entered the University of Ibadan during the 1977/78 session to study Geology. He was a resident of Sultan Bello Hall. He graduated with a BSc degree (2nd Class Honours, Upper Division) in 1981 and he was the best graduating student in his class.

He undertook the National Youth Service Corps Scheme from August 1981 till July 1982 with the Hydrogeology and Hydrology Division of the Federal Department of Water Resources, Port Harcourt. He was privileged to participate as a Site Geologist in the National Borehole Programme, Phase 1, in the old Rivers State (now Rivers and Bayelsa States). He worked as a Geologist with Deptol Consultants from August 1982 till September1983 during which time he was involved in extensive fieldwork for hydrogeological investigations in Kaduna, Borno, Yobe, Adamawa and Taraba States.
He proceeded to the United Kingdom for postgraduate studies in September 1983, first at Imperial College of Science, Technology and Medicine, London. He earned an MSc degree in Geophysics of the University of London and Diploma of Membership of Imperial College in July 1984. He subsequently received the Overseas Research Students’ Award from the Committee of Vice-Chancellors and Principals of United Kingdom Universities (now Universities UK); he utilised this scholarship at the University of Birmingham for his Ph.D. research in Applied Geophysics which he completed in April, 1988.

He took up appointment at his alma mater, Nigeria’s premier University, the ‘First and the Best’, the prestigious University of Ibadan, as a Lecturer Grade II in Applied Geophysics in the Department of Geology on 21st April, 1988. Through a dint of hard work, diligence and perseverance he rose rapidly through the ranks, being promoted to the grade of Lecturer I in 1991, Senior Lecturer in 1994 and Professor of Applied Geophysics effective 1st October, 1999.

He has been privileged to be involved in encouraging scholarship and scholarly publications, mentoring of emerging scholars and capacity building including skills for writing competitive grant proposals. He has an impressive record of fund mobilisation and prudent management. He has always been a committed, loyal and enthusiastic leader and team player.

He has successfully supervised 66 MSc and 9 Ph.D. candidates. Many of his former students hold positions of responsibility in academia, industry and government agencies, both within and outside Nigeria. He has authored/co-authored 58 articles in journals, 7 books, 2 edited books, 11 chapters in books, and 1 Monograph.
Prof Olayinka has had the privilege of 21 years cognate administrative experience at the University of Ibadan. These include a two-term stint as Deputy Vice-Chancellor (Academic) from December 2010 to December 2014, where he served as Chairman, Committee of Provost, Deans and Directors; Senate representative on the Governing Council from August 2007 till December 2010; Dean of the Postgraduate School from 2002 to 2006; Head, Department of Geology 2001/2002 and 2006 to 2010; Sub-Dean of the Postgraduate School 1999-2001; and Sub-Dean (Postgraduate) of the Faculty of Science, 1995-1997. He served on several occasions as the Acting Dean, Faculty of Science, during the 2009/2010 session. He was a member of the University Senate from 1994-1997 representing Congregation and has been a full member from 2000 till date. He was Chairman of the Senate Curriculum Committee from February 2007 till February 2011 and Chairman Curriculum Review Sub-Committee of the MacArthur Grant from 2009 till 2014.

In all the positions he has been privileged to serve, Prof Olayinka has consciously tried to show-case resourcefulness, fairness, creativity and innovation. He has demonstrated a passion for excellence and an unwavering commitment to change. He has deployed his experience and intra-preneurial skill sets, and by so doing has consciously tackled some fundamental policy issues that are at the core of the University of Ibadan’s raison d’etre.

As Deputy Vice-Chancellor (Academic), he demonstrated competence and effectiveness as a productive scholar-administrator and team player. He was able to provide the required leadership to the academic programmes of the University, either directly or through the auspices of the Committee of Provost, Deans and Directors (COPD) which he had the privilege to chair.

The major highlights of the achievements included: Development of Modalities for Post-UTME Admission which is an open, transparent and merit-driven process; Improved service delivery characterised by prompt marking of examination scripts, release of results, convening of meeting of Senate to consider First Semester results and making degree certificates and transcripts of academic records available to students on the day of graduation; Development of Mechanisms, including compulsory seminar presentation, to recruit, develop and retain high quality academic staff, with proven teaching and research skills; Facilitation of several Workshops on New Directions for Teaching and Learning for all academic staff in the University; Development of the UI Policy on Authorship of Scholarly Publications; Development of the UI Intellectual Property Policy; Development of a Five-year Strategic Plan for Staffing Requirements in UI; Development of Modalities for a Tutorial Assistantship Scheme; Streamlining of the processing of Learned Conference Support; Automatic Scholarship to First Class Graduates; and Resuscitation of the Careers Board after a 20-year period of inactivity.

Prof Olayinka effectively utilised the Committee System to solve some seemingly intractable problems by setting up Ad-Hoc Committees/Investigation Panels that produced salutary and implementable results. As Chairman of the Board of Governors of The International School, he repositioned the school for academic excellence and undertook a massive infrastructural development programme with six buildings constructed during his tenure. As Chairman of both the Finance Committee and of the Board of the Distance Learning Centre, and as Chairman of the Finance Committee of the Postgraduate School, he assisted these two big units of the University in carrying out their respective mandates. He regularly advised the Vice-Chancellor on sundry academic-related governance issues, and served as the Acting Vice-Chancellor on many occasions, including some crisis situations.

As Head, Department of Geology, during the 2001/2002 session, and from 2006 to 2010, he was deeply involved with fund raising. The funds and facilities realised during such campaigns were used to upgrade the teaching and learning environment in the department. The Mosobalaje Oyawoye Library in the Department received a major facelift, in terms of computer hardware and software and acquisition of current journals and books. A total of 16 Prizes and Awards were generously endowed in the Department at both the undergraduate and postgraduate levels, thus motivating and inspiring our students to be at their best.

As Head of Department, he encouraged and ensured a prompt release of examination results, computerisation of students‘ records, especially students’ academic transcripts, established a Students‘ Data Processing Centre, equipped with the state-of-the-art computer systems and democratised decision-making by empowering Departmental Committees such as Appointments and Promotions Committee, Postgraduate Committee, IT Committee, and the Finance Committee. The Department of Geology under his watch as the Head secured ‘Full Accreditation’ status from the National Universities Commission (NUC) in 2008, with a Programme score of 89%.

As Dean of the Postgraduate School from 2002 to 2006, he repositioned the School as the flagship for postgraduate training and research in Sub-Saharan Africa. The major achievements included: Massive fund mobilisation with a 253% increase in the total revenue generated; Introduction of the Overseas Conference Grants for Postgraduate Teachers after a nearly 20 year period of inactivity of such a scheme in the University; Establishment of “The UI PG School Scholarship Scheme” and “The UI PG School Teaching and Research Assistantship Scheme” which enabled a total of 57 research students complete their Ph.Ds; Maintenance of an active academic environment in the University by regularly holding the ‘Interdisciplinary Research Discourse Series’ and convening major Workshops on ‘Planning and Writing Grant Proposals for Academic Staff’; ‘Writing Ph.D. thesis for Research Students’; ‘Methodology of Basic and Applied Research for Academic Staff and Research Students’; ‘Contemporary Issues in Research Supervision’; ‘Globalisation of Scholarly Journals’; ‘Scholarly Writing and Publications’; and ‘Tracking the Impact of Research’. These have contributed significantly to the institutionalisation of research management in the University.

Other achievements include Publication of many academic titles, perhaps the most significant of which is ‘Methodology of Basic and Applied Research’, with 39 contributors all of whom were senior members of our academic staff. Complementary copies of the publications were circulated to all members of the academic staff to aid their teaching and research; Design and publication of the University of Ibadan Manual of Style (UIMS), as a uniquely Ibadan referencing style; Publication of a Code of Practice and Ethics for Research Degree Programmes in the University of Ibadan; Establishment of new postgraduate courses in 22 Departments; Review of the Regulations Governing Higher Degrees; Comprehensive Curriculum Review of all Postgraduate Programmes in the University; Investment of Thirty Million Naira (N30,000,000.00) into acquisition of shares of blue-chip companies quoted on the Nigerian Stock Exchange.

Outside of the University of Ibadan, Prof Olayinka has garnered extensive academic and professional experience nationally and internationally. He has received numerous grants from Oil exploration and production companies; the European Union; the Association of Commonwealth Universities; the Department of Foreign and International Development (UK); the UK Department for Higher Education; and the International Institute for Educational Planning/UNESCO. He has served as Consultant to the International Development Research Centre (IDRC)/Association of African Universities and the Joint Higher Education Management Programme (DIES) of the German Academic Exchange Service (DAAD).

In 2006, he convened the First International Conference on Research and Innovation Management in West Africa and this gave birth to the West African Research and Innovation Management Association (WARIMA) with its Secretariat ceded to the University of Ibadan. WARIMA has grown to become a much-respected institutional member of the International Network of Research Management Societies (INORMS), the global body of research managers.

Prof Olayinka has received significant recognition and professional accolades during his career. He is a Fellow of the Nigerian Academy of Science and currently a member of its Sectional Committee of Environmental and Earth Sciences; Fellow and former Chairman Awards Committee of the Nigerian Mining and Geosciences Society; Fellow and former Editor-in-Chief of the Nigerian Association of Petroleum Explorationists; Fellow and Chartered Geologist, Geological Society of London; and elected to the title of European Geologist. He served as Chairman of the Steering Committee and later the Foundation President of WARIMA, a position he still occupies. He is a member of the Society of Research Administrators International (SRAI) and Member of the African Network for the Internationalisation of Education (ANIE).

He is a member of the Governing Council of Adeleke University, Ede, State of Osun.

The various assignments, in which Prof Abel Idowu Olayinka has tried to add value and make a difference, his passion for excellence and his deep understanding of how the system works, would stand him in good stead as the 12th Vice-Chancellor of the University of Ibadan. He would provide an imaginative, inspiring, and focused leadership. He shall unite the entire community: academic staff, non-teaching staff, students, alumni/alumnae and friends of the University.
He shall envision, lead and facilitate principled, transparent and participatory governance. He shall with passion provide leadership and direction that will enable us to live up to our aspiration ‘to be a world-class institution for academic excellence geared towards meeting societal needs’.