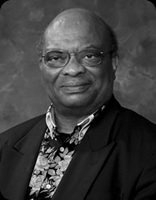 …a Distinguished Professor of Mathematics

Professor Aderemi Kuku was born on the 20th of March 1941. He is married with four children
Nationality: Nigeria/USA

76 year old Aderemi is a distinguished Professor of Mathematics and has a total of 82 publications made up of 51 mathematical research articles, 10 books/monographs/edited conference proceedings and journals and 21 articles on topical Issues on Mathematics Education, Science and Technology.

He has had long research and teaching Experience at University level since 1965 and was Head Mathematics Department, Dean Post Graduate School at the University of Ibadan in Nigeria. He was President, African Mathematical Union (AMU) for nine years, 1986-95.

Professor Kuku is one of the world leaders in several aspects of K-theory and connections to commutative and non-commutative Algebra / Number theory / Operator Algebras / Topology / Geometry / Representation theory—a contemporary and multidisciplinary subject that also have applications in mathematical physics, Dynamical systems, Econometrics and Control theory.
He has eighty five publications made up of 52 research articles mostly in highly reputable journals, ten books and monographs, and twenty three articles on topical issues in mathematics education, science and technology.

An International conference on “Algebraic K-theory and its applications” March 17-21 2011 was organised by Nanjing University, China in honour of his 70th birthday, and a special issue of the Journal of K-theory, Volume 12, no 1, published by the Cambridge University Press, UK appeared as Proceedings of the conference.