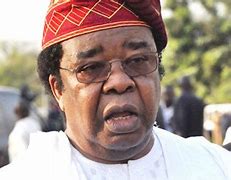 The Development Agenda for Western Nigeria (DAWN) Commission joins the family, academia, media and other well-wishers across the globe in celebrating one of our worthy elders, Professor Akinwande Bolaji Akinyemi as he clocked 80 on Tuesday, January 4, 2021.

Akinyemi, son of a famous principal of Ilesha Grammar School, the Reverend J.A Akinyemi (who hails from Ifewara) was born on January 4, 1942 in Ilesa, Osun State. He attended Igbobi College, in Yaba, Lagos from 1955 to 1959, Christ School, Ado-Ekiti, from 1960 to 1961, Temple University, Philadelphia, Pennsylvania, United States, from 1962 to 1964, Fletcher School of Law and Diplomacy, Tufts University, Medford, Massachusetts, US, 1964 to 1966, and Trinity College, Oxford, England, from 1966 until 1969

At 43, Akinyemi became Nigerian Minister of External Affairs in 1985 and held the job for two years before Major-General Ike Nwachukwu replaced him. His predecessor in that office was Professor Agboola Ibrahim Gambari who served during the military regime of Major-General Muhammadu Buhari and now serves as the Chief of Staff to President Muhammadu Buhari. Akinyemi’s rise has been phenomenal. He obtained his doctorate degree at 27. At 33, he became the Director-General of the Nigerian Institute of International Affairs (NIIA). He became a full Professor at 41.

As the DG of NIIA, he exhibited an unusual belief in the town-gown relationship that should exist between the universities and their communities, Professor Akinyemi had the rare habit of inviting business moguls, top civil servants, military officers, and others of diverse backgrounds to the Political Science departmental Week at the University of Ibadan. While many disdained such invitation, some Army officers including Murtala Muhammed and Olusegun Obasanjo (when they were Colonels and Brigadiers) routinely attended. Also, Murtala Mohammed, Obasanjo and Bolaji Akinyemi were independent members (who paid annual membership fees) of NIIA.

The sheer power of ideas showed its immense force when the novel concepts of how the nation’s diplomatic chess game should be played, began to seep out from the Akinyemi-headed NIIA and enchanted the Foreign Affairs Ministry where a Lt. Colonel Joseph Garba was Minister. Today, the NIIA does not only enjoy robust respect but it ranks among the most highly-regarded government owned agencies. Remarkably, Professor Akinyemi steered the course as the NIIA DG for eight years (because the Shehu Shahari administration which succeeded the Murtala/Obasanjo military administration retained him.

In 1985, he was appointed the Minister of External Affairs. During this period, Nigeria played the role of Africa’s first Super Power and a global minor power with independent ideas. Nigeria made its mark in the anti-apartheid struggles, assuming control of it as the undisputed African champion, a country whose position really mattered. Through some inexplicable miracle, Professor Akinyemi’s brain conceived the idea of Nigeria, a West African country, becoming a frontline state involved in the anti-apartheid fight. And Nigeria actually became one, accepted by the entire world as such. To back that up, he made it a must that any country that needed Nigeria’s support for a cause must critically dialogue with Nigeria and Nigeria’s interest and gain must be agreed upon.

He was also involved in negotiating the cease-fire in the Chad – Libyan, and in the Mali – Burkina Faso war. He conceived and moved the concept of the Concert of Medium of Powers — an idea which sought to bring together middle powers for the purpose of using their collective bargaining power to mediate disputes within the international system. He also introduced the Technical Aid Corps Scheme to radically restructure the Nigerian foreign assistance programme. The scheme is still thriving.

Akinyemi, a prolific writer, has written many books and contributed his publications to many reputed and recognised local and international journals. He is candid about his convictions and would express them without minding the owner of the ass that brays. His radical views and beliefs about political life and issues have distinguished him as one of Nigeria’s most respected scholars of politics and diplomacy and ministers of foreign affairs.

His collaborative fight for the soul of this nation against the authoritarian regimes of the past attests to this. This is anchored on his belief that only democracy and freedom of expression can guarantee sustainable development. Akinyemi has also mentored a lot of successful and accomplished personalities in Nigeria and in other parts of the world.

In 1987, radical Akinyemi stated his support for Nigeria developing nuclear weapons. He referred to the proposal as the “black bomb,” and observed that Nigeria has a sacred responsibility to challenge the racial monopoly of nuclear weapons. Even though Nigerians did not really understand what Akinyemi meant, but to him, it was more than an ego trip and might be the only thing to stop a “racially one-sided large-scale annihilation of man”, as he put it, “in a moment of madness”.

Akinyemi has always explained that even a bully treats a person with lethal weapon with caution and respect. He still believes in the Black Bomb even today just as he wants the country to send a Nigerian into space. Obviously, his Afro-centric ideas and independent-mindedness has cost him dearly; the West never saw him fit for appointments into multilateral organizations.

He has authored over 13 books and countless essays. He is one of the few Nigerians, who in those days were adjudged bright enough by some committed teachers and were encouraged to take entrance examinations into the secondary school from Standard Five, instead of Standard Six. He passed, of course. At Christ’s School Ado Ekiti, in 1962, for his Higher School Certificate, a young Akinyemi won a nation-wide essay competition jointly organized by the US Embassy and the Federal Education ministry.

When the need arose to oppose military despotism, Professor Akinyemi teamed up with other patriotic Nigerians in the National Democratic Coalition (NADECO). As a member of the group fighting a discredited government abroad, Professor Akinyemi deployed his vast knowledge of world affairs and brought his global contacts to the struggle.

In August 2007, President Umaru Yar’Adua appointed him to the then expedient Electoral Reform Panel chaired by a retired Chief Justice of Nigeria, Mohammed Lawal Uwais. None of the lofty recommendations of the panel aimed at reforming the electoral system has been implemented till the present.

Professor Akinyemi has also been one of the critical success factors of The Guardian Editorial Board. The Board chaired since 2011 by a former Vice Chancellor of the Obafemi Awolowo University, Professor Wale Omole has a number of world-class Professor and other young scholars. Akinyemi is a gold fish here: he cannot hide.

Professor Akinyemi’s intellectual and managerial influence cuts across almost every sphere of national life. He has a stronger presence in formulation of policies, particularly on democracy, good governance and diplomacy, and he has remained unwavering in his patriotism and loyalty to the growth of the nation and Africa. His foresight, steadfastness and diligence deserve commendation. He is always ready to share his experience whenever the need arises, including shaping the electoral process for democracy, and playing a significant role in global dialogue with other nations, the UN, Commonwealth and African Union.

In 2014, he served as the Deputy Chairman at the National Conference where he deployed his conflict resolution and diplomatic dexterity to resolve thorny national issues that arose at the Conference which guaranteed general consensus on the issues.

Professor Akinyemi bristles with ideas. He once advised that academically gifted strategists should be appointed as National Security Advisers and he forwarded certain names of suitably qualified persons who are able to view national security from an all-things-considered point. Unfortunately, national security has always been seen from the narrow prism of prevention of coups and so have routinely appointed Military Intelligence officers, serving or retired. Professor Akinyemi himself has been touted as the best NSA Nigeria never had.

Professor Akinyemi is not tired of pushing the frontiers of knowledge in foreign policy issues. At the last count, his weekly Foreign Policy Clinic on Thursdays – “Thru My Eyes with Professor Bolaji Akinyemi” has recorded about 80 sessions on the YouTube.

Despite his busy schedules both within and outside Nigeria, Professor Akinyemi still creates the time to serve his homestate – Osun. He is a member of Osun Development Association (ODA). He has made several contributions to the Association and by extension, to the development of Osun State.

He is an erudite scholar, prolific author, essayist, diplomat, totally Nigerian and proud of it too. He remains optimistic that Nigeria has all the ingredients for greatness, and should arise from the gutter, and give Africa reasons to be proud.

As the Professor turns 80, January 4, 2022, Nigerians should remain grateful to this man of ideas and action who helped raise Nigeria’s prestige globally. And though he has seen some of his bright ideas go to waste, his belief in Nigeria’s ability to not only become great but gain respect for Blacks everywhere remains unshaken. This is surprising for an important post in the roadmap to Nigeria’s greatness he produced, resulted in the establishment of the National Think-Tank; “it has gone the way of other big ideas” he said in an interview with Sam Omatseye

He is happily married to Mrs. Rowena Jane Viney Akinyemi and they are blessed with children.

We at DAWN Commission pray to God to keep this epitome of an OMOLUABI strong and healthy.