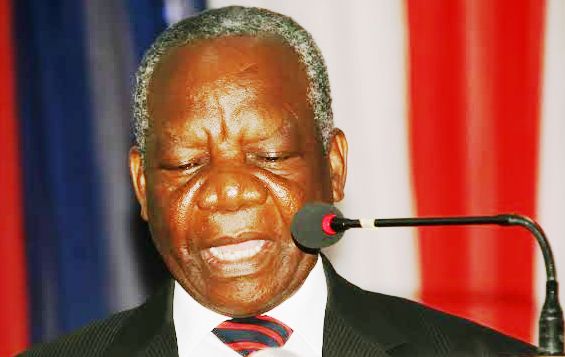 Professor Michael Abiola Omolewa was born in Ipoti Ekiti on April 1 1941, in the former Western region of Nigeria. He grew up at a time when Nigerians were starting to agitate for “improved facilities for higher education and opportunities for employment in the colonial service” and subsequently for decolonization and independence. He later attended Ibadan Grammar School, and Ekiti Parapo College and Christ School, Ado Ekiti, for his secondary education. He obtained distinctions in the Cambridge Higher School Certificate Examinations and the London University General Certificate of Education A-Level Examination.

Omolewa’s attraction to history and historiography developed early, while he was attending Nigeria’s premier University of Ibadan and studying African history from 1964 to 1967, and later European history. Striving for excellence, he obtained the best final grade in the Department of History, and won both the departmental prize and the Faculty of Arts Sir James Robertson Prize. By 1973 he had obtained his Ph.D. in the history of administration. During his university studies he was an exchange scholar at the Queen Mary College of the University of London. He also spent time at the Institute of Historical Studies in London, where he sharpened his skills in historiography and historical research.

He became quickly attracted to applying his keen interest in historiography to the field of education, and then specifically adult education, at a time when few scholars attempted to document historical events in the disciplines. His entry into the historiography of education and adult education was particularly fruitful in that it provided him with insights into scholarship and educational access. For brief periods between 1965 and 1968 he attended a range of language proficiency courses in French and German, in Dakar, Lyon, and at the Goethe Institute in Munich. These various experiences and achievements, as well as his own humble beginnings, were later to play a major role in shaping his thoughts, propelling his ideas, and invigorating his push for widening access in educational provision. It should be noted that Michael Omolewa was the first African graduate of History to become a Professor of Adult Education, and he was the first recipient of the Roby Kidd Special Citation for distinguished service in adult education. In addition to being the first Nigerian professor to serve as Permanent Delegate to UNESCO, he was the first West African to be elected President of the General Conference of UNESCO. Professor Michael Omolewa is a pioneer of adult education and the leading education historian in his native Africa. He is the ambassador and Permanent Delegate of Nigeria to the United Nations Educational, Scientific and Cultural Organization (UNESCO).

As a distinguished scholar, civil servant and diplomat his contributions impact local and national educational activities in Africa and throughout the world. As a policy maker, Omolewa has dedicated his life to adult education and the promotion of literacy for the under-served and even unacknowledged populations in the world. As a renowned expert for literacy, Omolewa assisted UNESCO as one of five scholars in drafting the Working Paper for the United Nations Literacy Decade.

To promote cooperation between the villagers and the university community and to enhance literacy, Omolewa founded the University Village Association in 1989 as a non-government organization registered in Nigeria using innovative approaches to adult learning. This unique approach to literacy promotion attracted the Honourable Mention for the UNESCO Research Prize of the UNESCO Institute for Education, and earned the UNESCO Honourable Mention literacy prize in 1999.

The History of Education Society of Nigeria recently named Omolewa the Life Patron of the Society. Adama Ouane, director of the UNESCO Institute for Lifelong Learning testified that “historians of education and adult education in particular will record his achievements and deep and lasting footprint. He was a front-runner, a witness and actor in all the turning points and paradigm shifts taking place in this area.”