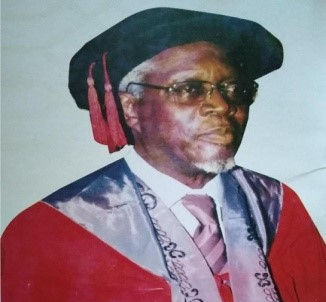 Professor Oladele Kale, a distinguished Epidemiologist and Professor of Preventive & Social Medicine, was born on November 19, 1938 in Ijebu-Ode, Ogun State. He was trained in Trinity College Dublin, Ireland; School of Tropical Medicine & Hygiene of the University of Liverpool, England and the Institute of Public Health, University of Bristol, also in England.

He commenced his academic/professional career as House Officer variously in Medicine, Surgery and Paediatrics at the Lagos University Teaching Hospital (LUTH), Lagos. He then served as Registrar successively of three Hospitals in London, England between 1966 and 1970. Joining the University College Hospital (UCH), Ibadan as a Senior Registrar in Preventive & Social Medicine (PSM), he became a Lecturer/Consultant Physician at the University of Ibadan – attaining the rank of Professor in 1982 in which capacity he served for 22 years. Among other roles, he was Head, Department of Preventive and Social Medicine (PSM); Head, Department of Epidemiology, Medical Statistics & Environmental Health; and Foundation Dean, Faculty of Public Health of the College of Medicine.

On the international health scene, Professor Oladele Kale has been a critical player. He was chairman of the World Health Organization (WHO) African Program for Onchocerciasis Control (WHO/APOC). Aside from varied Consultancies with WHO/TDR, Carnegie Corporation, Carter Centre, and The World Bank.

In the same vein, he also served as Chairman, Association of Public Health Physicians of Nigeria; as well as Member — Executive Committee of the International Federation for Tropical Medicine and National Executive Council of the Nigerian Medical Association.

Professor Oladele Kale is the author and co-author of more than 200 original scientific articles in reputable peer-reviewed international and national journals as well as a dozen chapters in textbooks and scores of technical reports.

A Fellow variously of the Nigerian Academy of Science, Nigeria Medical College in Public Health, West African College of Physicians as well as the MFPH and PHM of the UK. The 1998 Oritshejolomi Thomas Distinguished Fellow is also a:

We at DAWN Commission celebrate this uncommon trailblazer and wish him many more successes in the field of medicine and service to humanity.