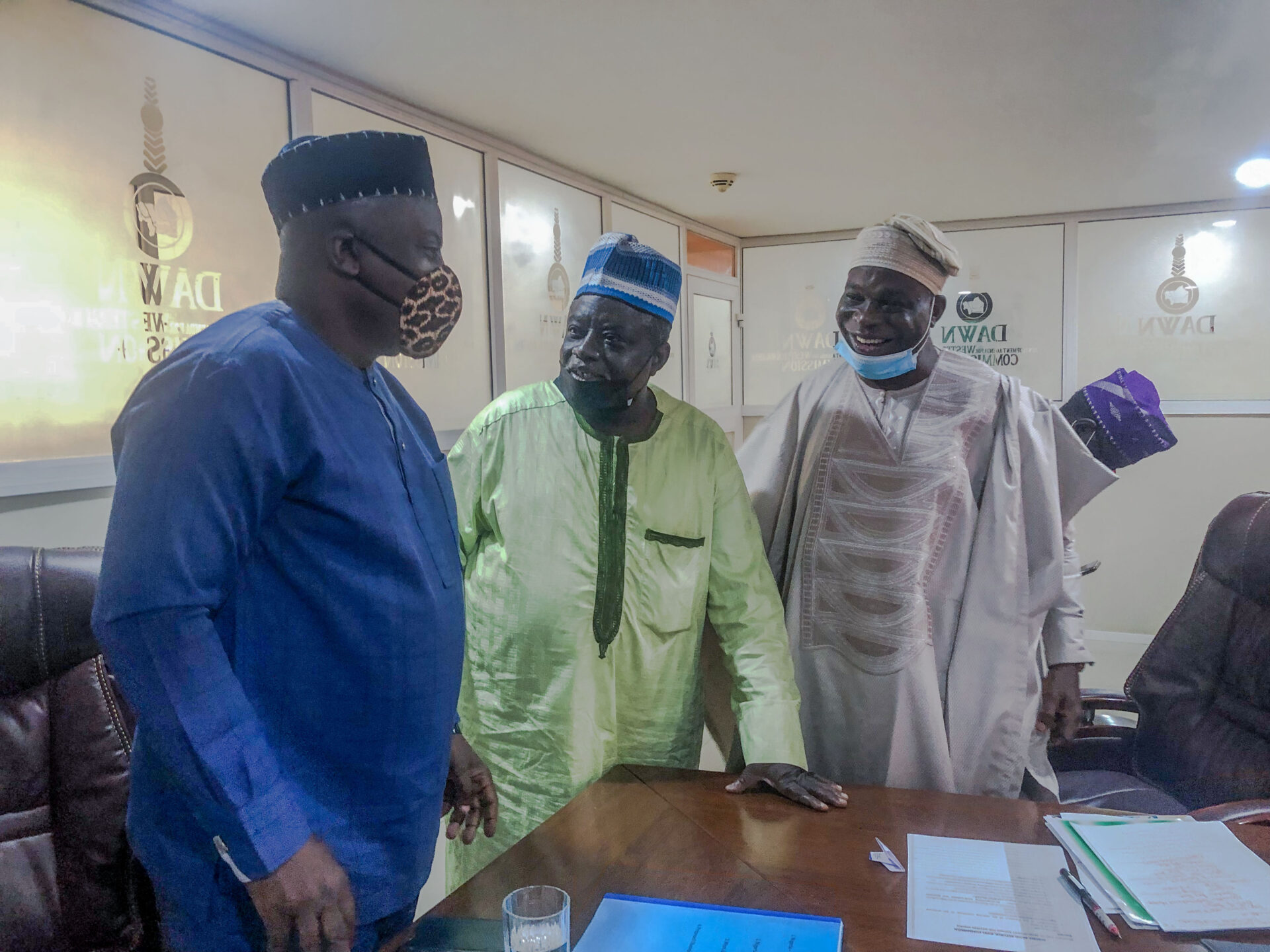 The creation of the Nigeria-Benin Republic Permanent Joint Commission will boost economic development and security in the two neighbouring countries.

The Chairman of the Steering Committee on the proposed commission, Amb Kayode Oguntuase, a former Nigerian Ambassador to the Benin Republic, made the disclosure on Tuesday when he led an advocacy visit to the headquarters of the Development Agenda for Western Nigeria (DAWN) Commission at the Cocoa House, Ibadan, Oyo State.

According to him, ‘the joint commission will be charged with the responsibility of formulating the required basis to strengthen the relations between Nigeria and the Benin Republic, particularly in the field of, trade, economy, investment, energy, culture, human resources, skills science and technology, information technology, innovation, education, security and defence.

‘The joint commission will also review agreements concluded in the past between the two countries and equally find suitable solutions for any issue in their implementation. The joint commission is expected to leverage and transform the existing relations between the two countries into the level of a strategic partnership which will manifest itself in building robust and sustainable people to people and business to business relations among the people of Nigeria and the Benin Republic. ‘The commission will also strive towards enhancing the two countries and advance their shared priorities which among others include ‘promoting socio-economic integration of the two countries, encourage and increase formal and legitimate trade and investments between the countries; develop a solid economic cooperation between Nigeria and the Benin Republic through the Co-Prosperity, Alliance Zone (COPAZ), strengthen the fight against trans-border crimes and terrorism and promote the economic prosperity and security of the prosperous Lagos-Abidjan corridor.’

The President, the West African Association of Cross-Border Trade on Agro-Forestry, Pastoral, Fisheries Products and Food, Alhaji Salami Alasoadua, also said: ‘The reason for us to have Nigeria/Benin Republic Permanent Joint Commission is to; promote trade, culture and generate revenue for Nigeria and make the South-West the connectivity between West Africa and Central Africa.

‘On security challenge and the lack of job which is the major problem among the border communities, and infrastructures, we need to use a scheme for empowerment those border communities by providing them small scale corporative.’

The Director-General, DAWN Commission, Mr Seye Oyeleye, in his remarks, promised that the commission would support the committee towards removing trade barriers between the two countries.