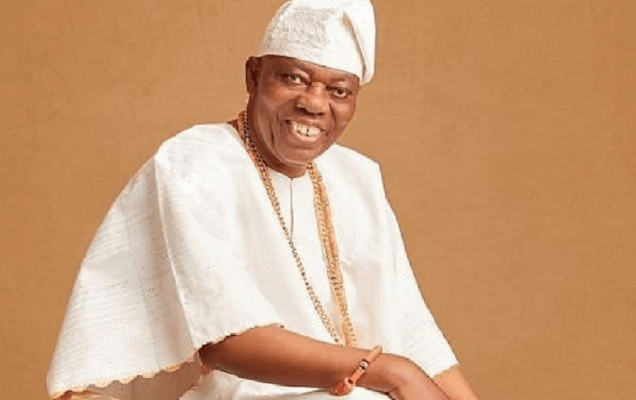 Chief Razaq Akanni Okoya was born in Lagos on January 12, 1940, to Tiamiyu Ayinde and Alhaja Idiatu Okoya. He attended Ansar-ud-Deen Primary School, Oke-Popo, Lagos, and this ended up providing his only formal education. With a tailor for a father, Razaq spent most of his after-school hours learning the trade. He would run errands for his father, helping him get supplies and mending some clothes.

With this apprentice lifestyle, Razaq became an expert tailor before he finished his primary education. While many thought that Razaq chose to become a tailor because his father was one, the industrialist explained later in an interview that the choice came after much thought and considerations. He had considered becoming a lawyer or a teacher, but also wanted to become wealthy. He also observed the society around him and saw that some of the wealthiest people were businessmen.

“While in school, I could see my teacher in worn out and often shabby clothes and at the same time, I could see well-dressed businessmen at Dosunmu Street, the then heart of business in Lagos. My father was a very good tailor with a brand new car, a Chrysler for that matter, five houses and a lot of apprentices, which could be an inspiration for a young man,” he recalled.

Following his father out on visits to clients in Ikoyi, he had also met the likes of Chief Louis Odumegwu Ojukwu, the father of Chief Emeka Odumegwu-Ojukwu, and other wealthy businessmen clients. He decided then that he wanted to become a businessman. He was already 17 years old before he finished primary school, and did not want to waste any more time on formal education.

At 17, an age where he could hardly be called a business ‘man’, Razaq had saved up £20 (twenty pounds) from mending shirts and trousers in his father’s shop and he decided to start a small scale trading business. Very few traders had access to manufacturers at this time and so they had to go through middlemen, but Razaq stumbled upon a product catalogue of a manufacturer based in Japan that produced tailoring materials such as buttons, ribbons, zip fasteners, etc and decided to place a direct order. When he totaled the figures, he discovered that it would cost him £70, meaning that he needed an additional £50.

With his father’s permission, his mother loaned him the amount interest-free and he placed the order. The products barely landed before they were sold out, as it did not take traders much time to realise that they were of better quality than the ones already in the market. The quick turnovers gave Razaq the financing he needed to expand the business and increase the orders. With lots of profits coming in, he completed his first house at Surulere by the age of 19, and by the age of 21, he had three more houses in the same location.

Turning His Wife’s Fancy into a Business

Being relatively comfortable, Razaq got married quite early. His first wife, Kuburat Okoya, like many other women, had an unusual fancy for jewelry and spent quite a lot of money purchasing them. At this time, Razaq was considering going into manufacturing and reasoned that if he could produce jewelry with the raw materials available in Nigeria, there was a ready market for it since the demand was high.

On one of his trips out of the country, he imported some jewelry manufacturing machines along with some experts and started manufacturing the jewelry at ridiculously low costs. This marked the birth of the Jewelry Manufacturing Arm of Eleganza Group. Expectedly, the products all sold out and the business broke even very early. The young company practically found itself choked with demand for its products and this set it firmly on its feet.

Razaq then decided to venture into shoe manufacturing, but started out by paying factories in Italy to produce the shoes so that he could import the finished products. This moved on smoothly for a while until the company defaulted on one of his orders, using his advance payment to settle other bills instead. Furious over this disappointment, he imported the necessary machines and brought in experts to train his workers; thus bringing about the Shoe Manufacturing arm of the group.

The company has grown over the years and now employs thousands of Nigerians across its factories where it manufactures coolers, chairs, soaps, weave-on for ladies, cutlery, electric fans, plastics, etc. The Eleganza group is now headed by his youngest wife, Mrs Shade Okoya as Managing Director/Chief Executive Officer while he is the Chairman of the Group. Razaq Okoya is also into real estate business. At 34, he had already acquired four hectares of land on Ikoyi Crescent, and by 40 years, he had two high-rise buildings standing in his name. Years after, he set up the RAO Property Investment Company as the vehicle to drive his real estate dreams. A lover of good houses, Razaq saw this as an opportunity to provide good housing for people. The company constructed and maintains the Oluwa Ni Shola Estate at Lekki-Ajah Expressway. Through this company, he has also invested in several properties around Lagos.

Chief Razaq Akanni Okoya has earned and received several awards and recognitions over the years. He received the Lifetime Achievement Award of Business Entrepreneur by ThisDay Newspapers, an award which was presented to Okoya by Bill Clinton, Former President of United States of America.

He was awarded the Golden Award for Quality by the Nigerian Institute of Standards, and also holds the Commander of the Order of Niger (CON) honor from the Federal Government of Nigeria.

Chief Razaq Akanni Okoya has proven that grit, hardwork and initiative can make a man successful in business, even without executive degrees.

He is an embodiment of dedication, hard work, and the community spirit; ever willing to give back his time and resources for the greater good of the country and humanity.

He is an AKINKANJU!