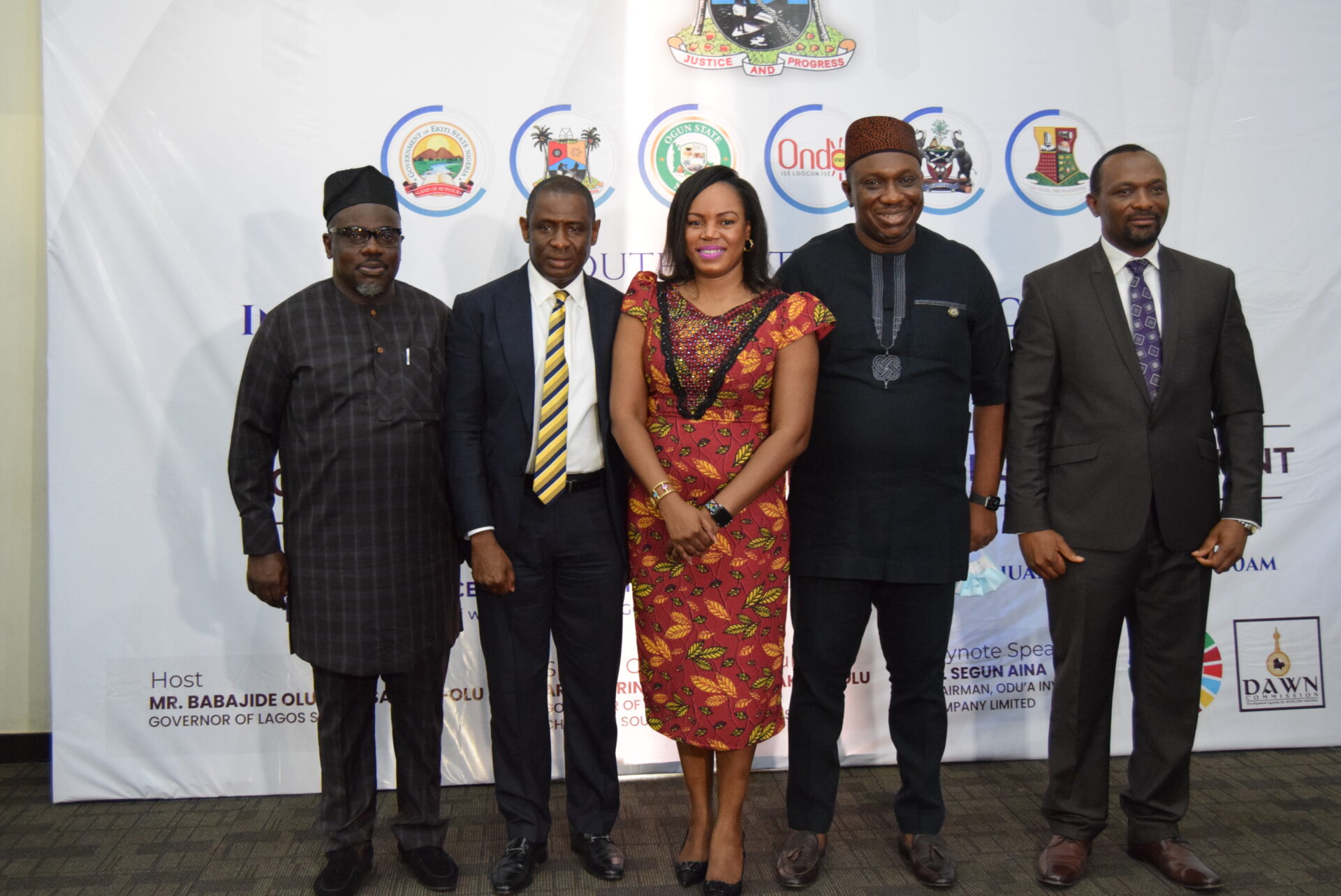 The mandate of DAWN Commission is to make the South West region the key investment hub in Sub-Saharan Africa, SSA.

DAWN Commission will continue to work with the IPAs and governments in the South-West, to mainstream game-changing reforms to lead the region as a strategic investment bloc in Nigeria. – Seye OYELEYE, DG, DAWN Commission

Political will and commitment from the Six(6) Governors from the South-West Nigeria will stimulate investment and economic integration in the geo-political zone.

Stakeholder emphasized this at the 2022 South West Investment Promotion Agencies forum organized by the DAWN Commission and hosted by the Office of Sustainable Development Goals, SDGs in Lagos state.

Giving the opening remarks at the event the Special Adviser to the Lagos State Governor on Sustainable Development Goals, Mrs. Solape Hammond described the South-West as a region well positioned for economic integration because of common language, heritage and values.

She believed the region through cooperation had the opportunity to enhance trade and investment, taking advantage of globalization and the recent African economic integration initiative through the African Continental Free Trade Agreement (AfCFTA).

Speaking further she decried the fact that the South West had fared poorly in the “Ease of Doing Business” areas of licensing and enforcement of contracts. Mrs. Hammond reiterated the need for the Investment Promotion Agencies in the region to work closely, to improve competitiveness.

The Director-General of the DAWN Commission Mr. Seye Oyeleye  in his address said its mandate was to make the South West region the key investment hub in Sub-Saharan Africa, SSA. He noted that despite the strategic geographical positioning of the region, the economic performance was still sub-optimal.

He said the major challenge for the region was finding the policy framework that can unlock economic opportunities in the region, and called on the Governors to support the integration drive with the required political will.

Oyeleye assured stakeholders that the DAWN Commission will continue to work with the IPAs and governments in the South-West, to mainstream game-changing reforms to lead the region as a strategic investment bloc in Nigeria.

Governor Babajide Sanwo-olu of Lagos state who was represented by Mr Sam Egube, Commissioner for Budget and Economic Planning called for efforts to be intensified in the area of deepening regional integration.

He challenged policy makers and the private sector to explore ways of connecting investors to sustainable development initiatives. The Governor reminded participants at the conference that regional integration is designed to stimulate economic growth & trade, leveraging the comparative advantage of the states.

Sanwo-olu also tasked the South West on prioritizing investments in Human Capital, while working out modalities to improve inter-state trade industrialization and structural transformation of the economies.

The keynote speaker Dr. Segun Aina, Chairman, Odu’a Investment Company Limited stated that the region had the potentials to compete with leading African economies like Kenya and South Africa.

According to him the Odu’a Investment Company Limited in the past two years has been more aggressive in the area of attracting investments into the region.

He listed some of the strategies of OICL for the region which include;

Key issues raised at the panel discourse covered the need for connected infrastructure in the region, political will from the Governors, the need to strengthen SWAGO(The South West Agricultural Company) for food security, broadband infrastructure ad increased collaboration to benefit from the AFCFTA.